We’ve all been keeping a close eye on unionizing efforts across the fast food industry, so we took note a few weeks ago when it was reported that workers at Winnipeg Taco Bell and KFC shops had formally unionized, becoming the first QSRs to unionize in all of Canada.  Krispy Kreme CFO Price Cooper left…

Considering the difficulties they’ve encountered over the past year or so, with sales flat or dropping around the world, is it a surprise that McDonalds is going to minimize their pain but switching from monthly to quarterly reporting?  I guess the message is if the news ain’t good, don’t report it as frequently . .… 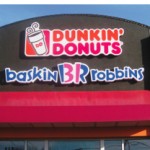 When Aziz Hashim’s family left London and moved to California, he found work at his uncle’s Burger King Restaurant and was immediately immersed in the franchise world. The job helped him pay for college. After graduating and landing a position as an electrical engineer, Hashim thought his days spent in the retail franchise business were…