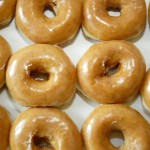 Krispy Kreme announced this week that it is expanding its stock repurchase program by investing an additional $25 million in the effort bringing the program total to $105 million.  The stock repurchase initiative is designed to reduce the number of shares the company has outstanding, thereby raising the value of the remaining shares.  As of…

Competitor News: Taco Bell is in the Breakfast Business and More

We haven’t reported too much of late on our competitors, but there is much to report, so we’ll try to catch you up in this issue . . . Taco Bell has joined the breakfast competition, announcing a few weeks ago that beginning March 27, they will offer a rather extensive breakfast menu from 7AM… 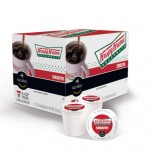 Still Fighting In Illinois – Through our membership with the Coalition of Franchisee Associations (CFA), of which DDIFO is a founding member, we have signed on to an important amicus curiae brief filed with the Illinois Supreme Court in the case of Avon Hardware, et al v. Ace Hardware.  The case involves a disclaimer in the Ace…

Will Wendy’s bite into Krispy Kreme?

Dan Gearino reports in THE COLUMBUS DISPATCH that Wendy’s/Arby’s has indicated it would like to buy another restaurant company, a possible target has emerged: Krispy Kreme. The rumor surfaced on Breifing.com and then was reported by Barron’s.