Other Changes to Note

Aside from minimum wage increases, the calendar is replete with different changes on a seemingly monthly basis that you need to be aware of. Among these, we would point out that a change in employment law took effect yesterday in the Commonwealth of Virginia imposing a requirement that most employers must now include information in…

With many small businesses continuing to struggle to get the workers it needs to get their business – and state economies – back on track, some states are trying to recreate a work-favorable environment again. Montana governor Greg Gianforte is leading the way with a most creative approach to addressing the current labor shortage in… 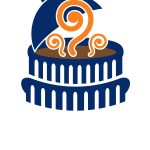 Presidents and presidential candidates come and go, with this year’s election no different than many others in our country’s history in that regard. But many of the issues Dunkin’ franchise owners care about are not solely or even principally determined in Washington, D.C. Rather, state lawmakers and their counterparts on the local level – city…

Up & Down on Minimum Wages 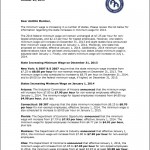 Every day, franchise owners face the challenges and obstacles of owning a business, and every day, government officials are approving and vetoing legislation that affects those challenges. Independent Joe has been monitoring a number of bills, in several states, as they move through the halls of their state houses. Some of these initiatives were proverbial…