Listening to the Community Before You Develop that New Store

It seems many towns are slowly turning back the clocks to recapture the days when everyone knew their neighbors, when block parties and pot luck dinners were the norm and, most importantly, when local stores were locally owned. Perhaps it’s society’s backlash to the proliferation of social media, online shopping and big-box retailing. West Orange, NJ –… 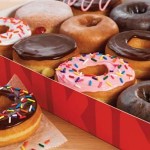 Dunkin’ Donuts’ expansion continues with news that the second shop in the Golden State of California opened its doors this past Monday in Barstow, California.  Dunkin’ has been aggressively signing SDAs with franchisees willing to expand their networks throughout California.