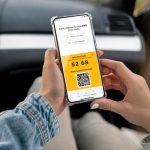 Customers attracted by savings of money and time We are undoubtedly in a subscription economy. While streaming services like Netflix, Hulu and Spotify are the masters of it, you can also subscribe to dog food, wine, gyms, razors and car washes. And restaurants, of course, have long sought a way into this now $64 billion…

We noted a story yesterday that had Caribou Coffee joining the ranks of those offering a coffee subscription service. Caribou, which is now owned by JAB Holdings through its Pret Panera Holding Company, is following in the footsteps of sister-company Panera which launched their subscription service over a year ago. While the Panera subscription plan…

Over the past few weeks, there have been a number of announcements of one sort or another about some competitor companies that we thought we’d be sure you were aware of. First off, on the politically correct front, Starbucks announced that the company “stood against hate speech” and was therefore pausing all advertising on social…

Panera, owned by JAB Holdings, made headlines this week with its launch of a new coffee subscription service nationwide. According to the company, subscribers, who must be loyalty members, will pay a monthly fee of $8.99 and be eligible for a “free” hot or iced coffee or tea every 2 hours. Starbucks also recently announced…

The breakfast/coffee space seems to be getting more popular of late as companies look to find opportunities there. We noted that Godiva Chocolates opened its first Godiva Café earlier this week in Manhattan and the privately-held company announced it is planning to open some 2,000 new units around the world with about 700 of them… 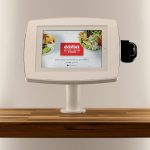 How Technology and Automation are Changing QSRs: Press Here to Order

Whether it’s using self-check out at major department and grocery stores or forgoing the cashier to order from a digital menu, today’s consumers have come to accept – and even prefer – interacting with automated features as they purchase goods and services. “[Automation is] a positive direction for the QSR industry,” says Erik Thoresen, principal… 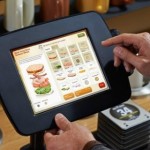 Perhaps looking to get ahead of the onslaught of minimum wage increases that are being kicked around in state houses and city and town halls across the country, Panera Breads recently confirmed to USA Today that by 2016, all cashiers in the company’s 1800 stores around the country will be replaced with kiosks!  Ironically, Panera… 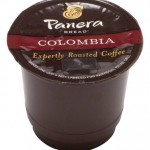 The second restaurant concept in a week has stepped into the single-serve coffee market, with Panera Bread (PNRA) announcing four K-cup coffee flavors will be marketed through the grocery store channel.  This follows McDonald’s announcing its new coffee push last week.