Speaking of California, the latest proposal from the Golden State, looks to redefine what constitutes a “workweek”. AB 2932, filed by Los Angeles County Assemblywoman Cristina Garcia, would change the definition of a workweek from the current 40 hours to 32 hours for companies with more than 500 employees. In addition, it would require overtime…

Chipotle announced this week that they are expanding their existing tuition reimbursement benefit for employees to those in their part-time ranks.  The company hopes extending the benefit, which previously was only available to full-time employees, will lead to more workers considering full-time careers within the Mexican restaurant chain. 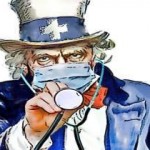 Getting Down to Business

Turning the page to new legislative initiatives, Congressional Republicans wasted no time setting their sights on “refining” the Affordable Care Act – “Obamacare”.  Yesterday, on a 252 – 172 vote, the US House passed a bill amending the law’s 30 hour work week provision and restoring the historical 40-hour definition of a full-time work week. …

Mother Nature played some cruel tricks on us this spring and, for a time, some fellow NJ franchisees and I wanted to drive out to Punxsutawney PA and have a “discussion” with that groundhog Phil. Nevertheless, the warm weather is upon us, schools are letting out for summer and kids are out in force looking… 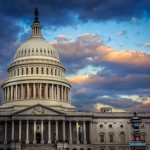 Yesterday, the US House of Representatives took the first steps toward re-establishing 40 hours as the standard threshold to determine fulltime employment when by a roll call vote of 248 – 179, they passed HR 2575, the Save American Workers Act of 2014.  Simply put, the bill amends the Internal Revenue Code, as amended by… 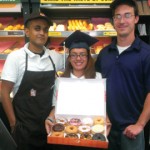 My Perspective: The Workforce

With summer fading, you can feel everyone’s focus turn to fall. The change in season brings about a change in schedules and, if you’re business is like ours, it also changes how you think about staffing. In past years, it seemed, we could predict the day when the summer sales dip would occur. That helped…