Caribou Coffee is being co-branded with Einstein Bros. Bagles beginning with the opening of a new co-branded store in Colorado Springs on Wednesday.  Both entities are owned by private-equity firm Joh. A. Benckiser Group.  The German conglomerate plans to open 20 of the newly co-branded stores this year split with half being conversions and the… 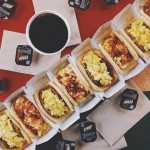 With their merger receiving all the requisite approvals, BK Worldwide and Tim Horton’s took the final step in becoming one last week when their respective common stocks ceased trading on the Toronto and New York Stock Exchanges.  Shares of the newly merged company, Restaurant Brands International, now the third largest QSR company in the world,… 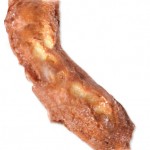 California’s great gold rush started in 1848. By 1855, some 300,000 came to the Golden State, hoping to strike it rich. Now, 159 years later, there is a new rush going on—this one for a share of the state’s giant coffee market. California is the nation’s most populated state—one out of eight people living in… 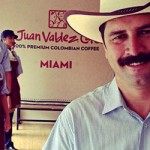 Juan Valdez Coffee shops are slated to open in some 60 locations across the state of Florida over the course of the next five years.  Procafecol, the Columbian company that owns the Juan Valdez brand opened its first shop in Miami this past week and is targeting markets with largely Hispanic populations in the Sunshine…

According to the Minneapolis/St. Paul Business Journal, Caribou Coffee Co. Inc. will close 80 stores nationwide and rebrand another 88 under the banner of its corporate cousin, Peet’s Coffee & Tea, in a restructuring that will cut the chain’s footprint by more than 25 percent. News of the closings filtered out throughout the weekend, as employees posted signs…

USA Today reports that coffee chain retailer Peet’s Coffee & Tea said Monday it has raised its offer for the wholesale roaster and distributor Diedrich Coffee about 24% to $265 million. Peet’s (PEET) said Monday its revised proposal is valued at $32 a share, up from the $26 a share, or $213 million, proposed in November. It includes stock and cash.