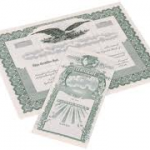 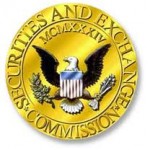 Nation’s Restaurant News reports that the bitter proxy fight for control of three seats on Denny’s board of directors comes to a head Wednesday at the company’s annual meeting, the parent of the 1,500-unit family-dining chain has said the tactics employed by the dissident investor group to shake up management have alienated franchisees and could hurt business

BusinessWeek reports Denny’s Corp.’s franchisee group has weighed in on a proxy battle between the restaurant chain and a group of dissident stockholders.

Carlyle also is poised to take advantage of stabilized capital markets to sell some of its investments, Horbach said. The firm is among the owners of Dunkin’ Brands, the operator of the Dunkin’ Donuts and Baskin Robbins chains, which is a likely candidate for an initial public offering, Horbach said.

Indy Joe: What is the Sarbanes-Oxley Act?

Ask Indy Joe is a DDIFO feature where you the franchise owner can Ask Indy Joe a question, and DDIFO will seek an expert in that field to answer the question. Submit Your Questions to Ask Indy Joe!: indyjoe@ddifo.org. Indy Joe puts you in the know! Today’s Question is: What is the Sarbanes-Oxley Act?