The 2020 Presidential campaign comes down to a precious few days now as the polls – early voting, mail-in and in-person – all will close on Tuesday. If you haven’t yet done so, please be sure to get out and vote on November 3. An integral part of exercising that critical civic responsibility is understanding…

Between a Rock and a Hard Place!

Massachusetts has relieved a little bit of the pressure on businesses relative to applying for an exemption under the state’s new paid family and medical leave mandate. The original legislation (aka, the “Grand Bargain”) allowed businesses to offer employees a more generous private alternative if they so choose and then apply for an exemption from…

Enacting laws by Executive Order without Congressional approval seems to fall right in line with the lack of transparency and public scrutiny which the Obama administration is leaving as its legacy.  The National Federation of Independent Business (NFIB) released a report recently in which they point to a dramatically rising tide of regulatory mandates, opinions… 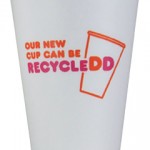 Ask most any Dunkin’ Donuts customer and they will tell you they love the brand’s iconic foam coffee cup and spill-saver lid. But time is running out on the foam cup. As more and more cities and states implement bans on Styrofoam, Dunkin’ Brands is pushing hard for a replacement that will keep coffee hot… 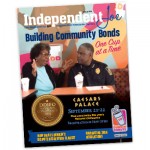 There is that joke about cops and donut shops that every police officer and every donut shop owner has heard. But, the humorous connotation about cops stopping in for a beverage and snack never stuck with New York franchisee Roy Clark. A partner in the Wolak Group of Dunkin’ Donuts restaurants in Central New York,… 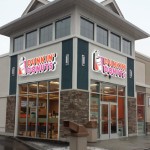 In today’s competitive, quick-service retail environment, the strength and visibility of a brand image is more important than ever. Signage utilizes the power of visual communications to build the bottom time and keep the image fresh. An eye-catching sign not only attracts new business, it also strengthens brand confidence for new and existing customers. When…

A Battle in Canada Over Drive-Through Idling

KATE GALBRAITH reports in the New York Times Canadians are debating whether or not the drive-through lanes at Tim Hortons, a doughnut and fast-food chain, should be part of an anti-idling ordinance in Kingston, Ontario. According to Bill Glover, a councilor for the city, Kingston plans to restrict development of future drive-throughs. Tim Hortons, he said in an e-mail message, “seems to be rather belligerent about this” and is threatening to appeal the plan.