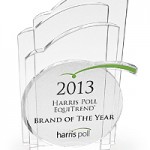 Our analyst John Gordon reports that Dunkin’ Donuts scored strongly in Harris Poll ‘Equi Trend‘ report, composed via their research in the coffeehouse sector.  Dunkin’ was number one, followed by Einstein and Starbucks in that order.  In terms of bulk coffee sales scores, Folgers was 1st, followed by Green Mountain, Seattle’s Best, and Dunkin’ Donuts blend in…

Blue MauMau reports that Seattle’s Best Coffee unveiled a new logo and brand strategy on May 11 in an effort to reinvent itself. Part of Starbucks Corporation (NASDAQ: SBUX), the company wants to explode its brand onto the retail scene through high-profile franchise chains and retailers, expanding from 3,000 points of distribution to more than 30,000 by September.

USA Today reports that Burger King(BKC) plans to launch a massive new coffee line as it tries to overhaul its breakfast menu and boost its slumping business.
The nation’s No. 2 burger chain will add Starbucks’ Seattle’s Best Coffee to all its U.S. restaurants in a phased roll-out that begins this summer, executives told The Associated Press on Tuesday.

Seattle’s Best Coffee has seen accelerated growth of its franchise base signing an additional 10 new franchisees. These new franchisees, which plan to open cafes in several states including Calif., Ill., Texas and N.Y., will help grow its current cafe count from more than 550 as the brand expands across the U.S. Seattle’s Best Coffee also continued to update and expand its franchise program offerings to reflect key components that make the brand more attractive to potential franchisees.