Dunkin’ came in tied with Denny’s for sixth favorite place for all-day breakfast in a new survey released this week by YouGov BrandIndex, a brand perception research service.  McDonalds came in first in the survey among consumers who eat breakfast twice a day, while the rest of the top five included Subway, IHOP, Burger King…

URGENT – WE NEED YOUR INPUT

I realize as much as the next one that we often don’t like to take the time to complete surveys, but it is VERY IMPORTANT, NO – URGENT that you take the few minutes necessary to complete this brief 12 question survey.  We thank those of you who have already completed it, but we want…

Most Importantly, Your Future Business Needs

We’ve got many important subjects to apprise you of this week, but none are more important than your future needs as a Dunkin’ Donuts Franchise Owner and what you’d like DDIFO to provide.  Toward that end, DDIFO will be sending out a short survey this coming week in preparation for our strategic planning meeting being…

Supreme Court To Review NLRB Appointments – President Obama’s “recess appointments” to the National Labor Relations Board (NLRB), which were ultimately declared illegal, continue to make news.  The three appointments, made while the Senate was still in session, were negated by the courts.  Consequently, any decisions (most of which were anti-business) by the NLRB after the… 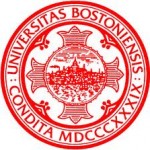 You are invited to participate in this multi-system franchise research study. For each survey that is completed Boston University School of Management will donate $1 to St. Jude Children’s Research Hospital whose mission is “to advance cures, and means of prevention, for pediatric catastrophic diseases through research and treatment.”