With pandemic issues swirling around countless minimum wage ihke proposals, we could almost forget about the need for Fair Franchising Legislation in so many states around the country – but we haven’t forgotten. In fact, the Oregon legislature will hold a public hearing next Wednesday, February 17 – via Zoom, of course – on House…

Fair Franchising in Play in Vermont

Fair franchising legislation has been filed for consideration this year in the Vermont legislature. Several weeks ago, 10 state legislators co-sponsored House bill 890, An Act Related to Regulating Franchise Agreements. The bill seeks to restore some semblance of balance to the franchisee – franchisor relationship and focuses on a number of specific points raised…

The Protect Alabama Small Business Act (H134) was approved earlier this week by the House Committee on Commerce and Small Business and will likely be brought to the floor as early as next week. The committee sent the bill, which provides added security for franchisees to reinvest and grow their business, to the floor by… 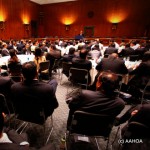 Susan Kezios outlines on BlueMauMau that Franchisors are against California’s fair franchising bill 2305, known as the Level Playing Field for Small Businesses Act. Here are what opponents postulate and these are the actual facts on why the assembly bill is good for California business. 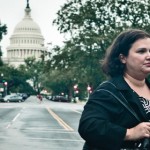 The Fight for ‘Fairness in Franchising’

Jason Daley writes at Entrepreneur Magazine: Imagine owning a small business for 20 years, pouring all your time, money and sweat into achieving a decent cash flow and a little equity. Then imagine getting a contract in the mail stipulating that if you want to continue doing business, you must replace thousands of dollars of perfectly good equipment, adjust suppliers or prices or make a dozen other changes that could destroy your bottom line. And if you don’t sign, you more or less forfeit your life’s work.

Blue MauMau — Some of America’s largest franchise groups formally ratified a franchisee bill of rights on Friday, June 3. The intent of the document is to spell out a framework of a mutually beneficial relationship between franchisor and franchisee. Hospitality, restaurant, convenience store, automotive services and scores of other sectors that franchise are anticipated to be eventually impacted by these franchising standards. 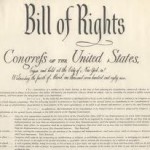 The Coalition of Franchisee Associations (CFA) which DDIFO is a founding member, which Jim Coen, President of DDIFO as the Vice Chairman of CFA and Co-Chairman of the CFA Fair Franchising Committee with CK Patel of the Asian American Hotels Owners Association (AAHOA). The CFA Fair Franchising Committee has been working with franchisee leaders from multiple franchise systems to develop the Universal Franchisee Bill of Rights.