Coming just a week plus after announcement of its Q4 earnings (Global SSS +3%, US +4%), Starbucks laid off as many as 350 corporate employees, approximately 5% of its total corporate workforce. The company’s progressive corporate reputation notwithstanding, one employee complained about the one hour notice she received to turn in all company equipment and… 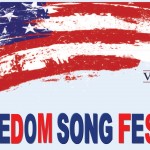 metroWNY – By:Metro Source Staff | News LANCASTER- Dunkin’ Donuts will be giving a real caffeine jolt to Erie County Clerk’s Office “Thank-A-Vet” Discount Program. “We at Dunkin’ Donuts love our veterans, and our participation in the Erie County Clerk’s “Thank-A- Vet” Discount Program shows how grateful we are for their service to our country,” stated…

QSR Magazine reports that Dunkin’ Donuts is teaming with Veterans Advantage to offer special discounts to members of the Veterans Advantage benefit program, a national organization for all who serve, including U.S. Military, Veterans, National Guard, Reservists, and their family members.

Hundreds Turn Out to Build Home for Disabled Vet

Jeannie Nuss reports in the Boston Globe that hundreds of contractors, students, and other volunteers are turning out in Middleborough this weekend to build an accessible home for a veteran who lost both legs in a roadside bomb explosion in Afghanistan. Homes for Our Troops, a Taunton-based non-profit group, organized a three-day building brigade to raise a house for Staff Sergeant Mike Downing.
The house will have wider hallways and accessible doors to allow 43-year-old Downing to get around in his wheelchair. The kitchen will feature lower cabinets and the bathrooms will have roll-in showers. Donations from organizations like the Dunkin’ Donuts & Baskin-Robbins Community Foundation cover the cost of the houses, which go to the veterans for free, according to Vicki Thomas, a spokeswoman for Homes for Our Troops.