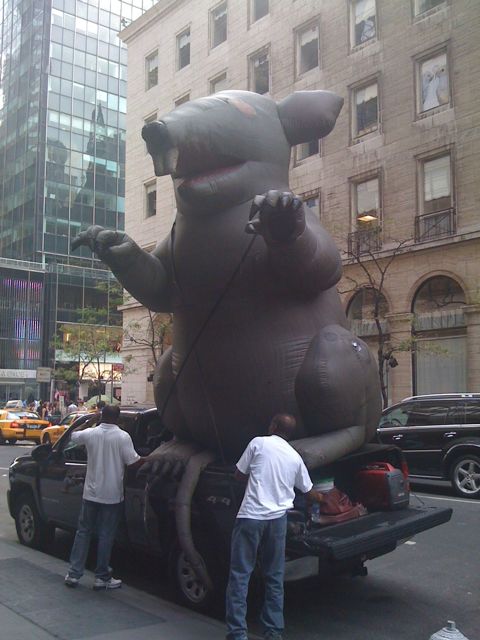 The Boston Herald reports that Teamsters Local 25 is threatening to slam the brakes on the notion that America runs on Dunkin’ Donuts.

The powerful Charlestown union yesterday accused one of Dunkin’s largest distribution companies of deliberately dragging its feet on signing a new contract for nearly 200 Bellingham truckers and other workers who voted last year to join the Teamsters.

As a result, the Teamsters may call for pickets and boycotts of Dunkin’ shops unless a contract is signed soon, the head of Local 25 said yesterday.

Dunkin’ Donuts Northeast DCP, a cooperative owned by regional franchisees, can ask for a union decertification vote if a contract isn’t reached by August, the one-year anniversary of workers narrowly voting to join the Teamsters, O’Brien said.

So the cooperative has an incentive to string out negotiations, O’Brien charged.

While the distribution center is technically not part of Dunkin’ Donuts’ parent company in Canton, it’s a critical part of the overall Dunkin’ supply distribution system – and any pickets and boycotts of Dunkin’ stores are fair game, O’Brien said.

He added Dunkin’ Donuts Northeast DCP’s negotiating strategy is a “perfect example” for why Congress should pass legislation making it easier to organize unions and to negotiate contracts.

Dunkin’ Donuts Northeast DCP denied the organization is trying to stall contract talks in an attempt to get a new union decertification vote.

“We’re bargaining in good faith,” said spokeswoman Patty Healy. “We intend to keep (negotiating) until we reach an agreement.”

But O’Brien, who has his eye on organizing workers at three other Dunkin’ distribution sites, countered that he’s held 16 contract meetings since last October and negotiators are still not talking about salaries and wages.

Some Dunkin’ Donuts kitchen workers already belong to unions, officials say. But the Teamsters’ organizing effort is believed to be the most ambitious attempt to unionize Dunkin’ workers.

A spokesman for Dunkin’ Brands Inc. in Canton referred questions to Northeast DCP.