By Matt EllisPublished May 1, 2022Category Features 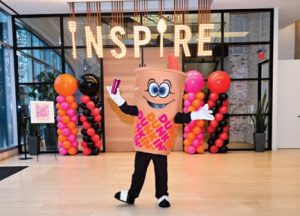 Last fall, marked 50 years since a college student named Mike Cobler opened a sandwich shack in San Jose, Calif. Togo’s has survived the decades – including its 10-year marriage to, and divorce from, Dunkin’ and Baskin-Robbins that was arranged by then-owner Allied Domecq. Today, Togo’s boasts more than 100 locations with more in the pipeline. People in Silicon Valley love Togo’s, but the brand has been challenged to settle east of the Mississippi River, despite their years flying the Dunkin’ flag.

QSR combo stores have always been kind of an awkward entity. Different menus, different preparation procedures and different customer expectations can make the concept challenging for owners, crewmembers and customers. Even Yum! Brands admitted its KFC-Pizza Hut combo stores didn’t represent “the best use of capital,” according to DDIFO Restaurant Analyst John Gordon, principal of Pacific Management Consulting. Indeed, Gordon’s view of Togo’s troubles during its combo years comes down to this: “Just being in a Dunkin’ shop is not going to help a weaker brand.”

Yet, Dunkin’s new owner, Inspire Brands, recently announced an interesting combo-store test run in the home of its Atlanta headquarters. Visitors to the lobby of 3 Glenlake Parkway, can try out the new Dunkin’/Jimmy John’s sandwich shop combo. As the company announced in a blog, “On February 22, Inspire Brands leveraged format innovation to launch a combined Dunkin’ and Jimmy John’s – the first time the two brands have shared a space.” 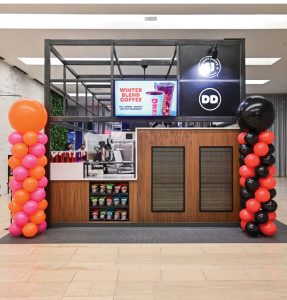 The combo is open daily from 7:00 a.m. to 3:00 p.m., with Jimmy John’s operating only between 11:00 a.m. and 3:00 p.m. Given the combo shop’s location in an office park, and its limited hours, no one is suggesting this demo is going to ultimately determine how Inspire will evolve the concept from here. It is notable, nevertheless, because of Dunkin’s long history as paired brand, with Togo’s, with Baskin-Robbins and now with Jimmy John’s.

Independent Joe requested interviews with Dunkin’/Inspire representatives for this story, but those requests were ignored.

In its latest Franchise Disclosure Documents, Dunkin’ reports having 1,170 combo restaurants, excluding Special Distribution Opportunity (SDO) units, in the system. The FDD also shows those combo stores have higher average unit sales figures than single-branded restaurants. Of freestanding combo stores with drive-thrus, average unit sales topped $1.56 million, compared to $1.46 million, for single-branded, freestanding combo stores with drive-thrus. But in those combo units, Dunkin’s sales accounted for an overwhelming $1.39 million and Baskin-Robbins just $178,000. Still, the Dunkin’ sales in the combo stores were actually lower than they were at single-branded locations.

Rick Ormsby, the managing director of Unbridled Capital, which provides franchise investment banking, says he is intrigued by Inspire’s combo test. “Dunkin’ has a strong breakfast business. Jimmy John’s has no breakfast, but is strong for lunch. It might be a natural complement.” 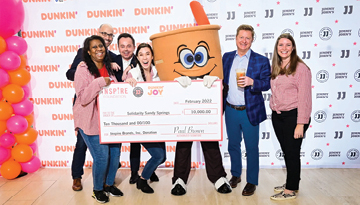 Ormsby started his career working at Yum! Brands, which has long-paired KFC and Taco Bell, two powerhouse QSR brands, into combo stores. One reason restaurant companies combine non-competing brands under a single roof, he says, is to maximize a location’s profit potential. “In a world where it’s difficult to afford real estate costs, operators look for chances to drive higher sales per square-foot by putting two complementary brands together.” But there are challenges.

“Consider the difficulty in hiring and how hard it is to cross-train people for different handling procedures and food prep procedures. You have to yield enough revenue to offset [higher] labor costs and operational complexity,” he says, adding. “You are giving customers more choice and, ultimately, the customer will tell you whether it will be successful.”

But as veteran QSR operators know, too much choice – and too many items on the menu board –creates complexity which can “snowball when you contend with difficulties with labor, keeping products fresh and maintaining procedures,” Ormsby says.

During his time with Yum! Brands, Ormsby says, cash flow margins at combo restaurants were typically lower than at single-branded locations, largely because sales didn’t rise enough to account for the higher operational costs.

For 15 years, Seth Goldstein operated combo stores in Long Island, NY. In 1982, he began buying and operating standalone Baskin-Robbins shops before adding Dunkin’ Donuts in 2000. Initially, he says, there were growing pains merging two different brands under one roof, but even after his team was able to work out the operational challenges, he never felt the two concepts were in sync.

“I like to say, ‘America runs on Dunkin’, but America relaxes on Baskin,’ meaning the speed of service needed to accommodate the Dunkin’ customer isn’t needed for the Baskin customer.”

In 2015, Goldstein sold his Dunkin’/Baskin business and bought into Jersey Mike’s, a sandwich brand similar to Jimmy John’s. In making the transition, Goldstein says, he recruited only three of his 140-person Dunkin’/Baskin workforce for the new business. Why was he sure the workforce wouldn’t adapt?

“It’s a different mindset, [requiring] a different acumen,” he says. Employees in a sandwich shop, Goldstein learned, need to be chatty, because of the longer service period required to serve the customer. “They want to be engaged. We are constructing their sandwich, so we will talk to them about sports or current events. There is a lot of banter and that is not what Dunkin’ is about,” Goldstein says, citing Dunkin’s 120-second service requirement.

Goldstein calls the Dunkin’/Jimmy John’s combo “a healthy experiment” because one brand can learn from another and because “it’s foolish to stifle attempts at innovation.” But he emphasizes that franchisees should never be ordered to open a combo store because “franchisees in established markets with high volume stores may not want to be bothered. It has to be the right circumstances, the right demographics. It can’t be forced.” 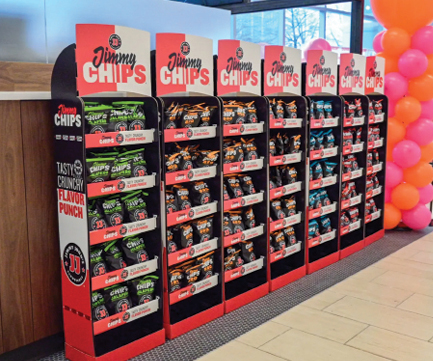 Baskin-Robbins was originally the property of Allied Domecq before it became part of Dunkin’ Brands. When management moved to Canton, Goldstein didn’t feel that the Baskin business was a strong focus. What’s more, the typical Baskin-Robbins customer – who Goldstein describes as a person that “wants to look at all the ice cream, taste a couple of flavors and then decide what to order” – wants a more social encounter, unlike the core Dunkin’ customer who expects quick service.

Inspire’s Dunkin’/Jimmy John’s combo will utilize a “digital-forward approach,” meaning customers will order ahead via the mobile app before coming into the combo store to pick up their beverage, sandwich or snack. Indeed, digital ordering could mitigate the issue Goldstein highlighted where crewmembers have to accommodate those customers who expect more or less time to make their order.

Gordon calls the Dunkin’/Jimmy John’s combo a “low risk test that can solve Dunkin’s afternoon drop in the coffee business.” A west-coast resident who is knowledgeable about virtually every restaurant brand, Gordon is quick to point out that Jimmy John’s is a more successful brand than Togo’s ever was, which could make the pairing much more profitable.

More importantly, he says, Inspire will get a flavor for how its properties can interact, and if the concept should undergo a wider test.

“The franchisor is doing what it should be in terms of testing,” says Gordon, underscoring that Inspire’s purchase of Dunkin’ was expected to yield synergies that could be spread across the entire Inspire family. “But we won’t know for some time whether this combo test works or not.”