By AdminPublished May 2, 2019Category Cover Story 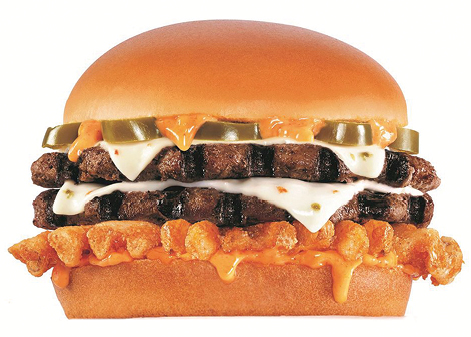 This year on April 20, national food brands stepped up their cutesy cannabis promotions—to tie in with what has become an annual pot-lover’s holiday. The numerical designation 420 is slang for the consumption of cannabis. So on the 20th day of the 4th month, brands like Pizza Hut said “It’s high time for a brownie,” and Dos Toros offered nachos for $4.20 to those who used the secret code “half baked.” But burger chain Carl’s Jr. took the charade even further, offering customers in Denver their Rocky Mountain High Cheese Burger Delight, featuring CBD, the non-psychoactive chemical compound found in the cannabis – or marijuana – plant. The Mile High City was among the first U.S. cities to legalize marijuana for adult use—allowing the skunky scent of pot smoke to waft in its thin air, and Carl’s Jr. became the first national chain to add CBD to a food item for sale. The one-day promotion generated tremendous buzz for Carl’s Jr. and pushed even further the boundaries of America’s growing cannabis culture.

CBD is popping up everywhere from convenience stores to CVS pharmacies, all thanks to a provision in the 2018 Farm Bill legalizing hemp production for industrial use. Hemp is a cannabis plant from which CBD is derived. It does not contain THC, the chemical that gives pot users a psychoactive “high,” but is said to have health benefits, like curbing pain and anxiety.

“There’s a lot of murkiness around what is legal around CBD. The Food and Drug Administration stated it cannot be used in food and dietary supplements, or transported across state lines,” according to Donna Hood Crecca, a principal at the foodservice consulting group Technomic. “It can’t be put into the food system under federal policies, but it can be in oil, tinctures, creams and other products.”

That loophole has boosted what is already a burgeoning cannabis industry in the United States. 33 states allow medical use of marijuana and 10 states have legalized its use for adults. Food and beverage companies are closely monitoring the public’s appetite for cannabis and their perception that pot should join alcohol as a legal inebriant.

“We are seeing cannabis culture in restaurant marketing. Jack in the Box promoted a $4.20 ‘Merry Munchie Meal’ last year in a joint effort with Snoop Dogg, and Chipotle has an ad that says, ‘Usually when you roll something this good, it’s illegal,’ notes Mike Halen, an analyst with Bloomberg Intelligence. “More than 60 percent of Americans now support the legalization of marijuana, so we expect more chains to follow suit.”

Alaska was the first state to pass a social consumption law, which is seen as a major step toward allowing people over the age of 21 to consume marijuana in the same way they drink alcohol in bars. Crecca says Colorado and California are already looking to “anchor new lifestyle centers around cannabis dispensaries and lounges.” 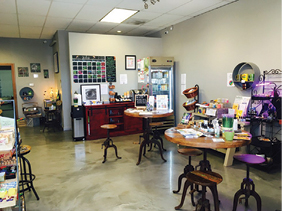 The Coffee Joint in Denver bills itself as “the first licensed social cannabis consumption club and coffee house.” Adults over 21 can consume marijuana edibles or inhale vaporized liquid; no actual smoking is allowed. Consumers can also buy beverages and snacks to complete the experience. Industry watchers are closely monitoring the Coffee Joint’s success to see how it could be rolled out in other states, especially as the stigma against pot use dissipates.

“The reason we’re seeing this move towards legalization is because there are changes in social norms, it’s been a slow process since medical marijuana came in, but it’s picked up speed in the last six or seven years,” says Crecca.

It should be no surprise then that a pizza brand is leading the charge to infuse cannabis into its tomato, cheese and dough concoctions. Stoner’s Pizza Joint, once a southern-based mom and pop style restaurant chain, is growing into a major player while capitalizing on the cannabis craze.

“There is a definite shift happening in the business landscape and within our culture when it comes to cannabis and CBD oil, where now the two are blending and people are really excited about it,” according to Stoner’s president Glenn Cybulski.

“Opening a Stoner’s franchise is more affordable compared to other pizza brands,” costing about $150,000, according to Nick Bergelt, the company’s chief concept officer, who also told Nation’s Restaurant News the chain is developing a line of CBD-infused beverages, oils and sauce. Stoner’s growth strategy also involves large doses of technology and data analytics to improve customer service, as well as utilizing delivery options like UberEats. As one might imagine, Stoner’s already has a strong following among college students, and the company plans future expansion close to college campuses. 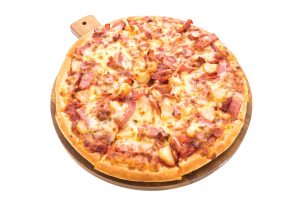 A wait and see attitude

According to a recent National Restaurant Association survey, 77 percent of respondents said cannabis or CBD-infused drinks are set to become the top 2019 trend. That may be true, but the top names in coffee – Starbucks and Dunkin’ – are not buying tickets to ride. During his January 2019 earnings call, Starbucks CEO Kevin Johnson said the company is focused on Nitro branded beverages—with taps that look a lot like Dunkin’s. Cannabis-infused drinks are “not on the road map” right now, Johnson said, suffocating questions that Starbuck’s might take the “higher” road.

An insider at Dunkin’ Brands used virtually the same language when Independent Joe asked whether cannabis-infused coffee or treats are something under discussion in Canton. “It’s not on the roadmap for us,” the insider said.

“The chains are light years behind, and much more conservative for all the reasons we can imagine,” says John Gordon, founder of Pacific Management Consulting Group and DDIFO’s Restaurant Analyst. “Chains think about conformity and everything the same everywhere.”

“What we saw in research was a higher propensity to incorporate [cannabis] into menus from independent operators, which is logical. Publicly traded companies would be last to join in. There is the regulatory piece and there is brand positioning, you have to know your customers and understand their receptivity to these items. Is it appropriate for your brand?”

Gordon points out three conditions that would create the ideal situation for a chain to experiment with using cannabis:

The cannabis crowd overlaps largely with the customers Dunkin’ and other major brands are trying to woo into their tent: Gen Z’ers. That bumper crop of customers in their mid-20s grew up with more available sources for food and drinks than any time before. They can buy local grub from food trucks; they can choose a brew that comes from responsibly-sourced coffee beans; and they can imbibe new varieties of whiskeys and IPAs.

“Now they have options for cannabis and alcohol,” Crecca says, pausing to ask the critical follow-up question: “How do you connect with them and get their attention where there is so much available to them?”

The answer may be found at places like the Coffee Joint and the Barbary Coast, a cannabis dispensary that features a speakeasy type bar with red wallpaper and “budtenders,” who help customers get stirred with a shake of flower or a dab of cannabis extract. There is no question cannabis is now part of the culture. Industry watchers believe it won’t be long before the major chains decide it’s time to partake.