By Ed ShanahanPublished March 1, 2014Category From the Executive Director 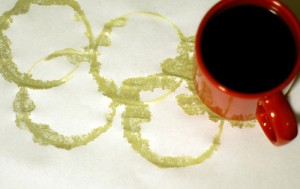 As I write this message, the XXII Olympic Winter Games are just getting underway in Sochi, Russia; as you read this, the games will have already concluded. You know which teams have been successful in their quest for Olympic Gold; I can only guess.

There is a component of the Olympic Games however, that is anything but guesswork, and that is the indisputable value of the team—how the strengths of one member can mask the weakness of another, or how the skills of one member can actually enhance the different strengths of another. Therefore, the team is a collection of individuals with different skill sets who put aside their differences to work together for their common goal: winning.

If you’ll allow me the latitude, I believe what we see in the Olympics relates to the environment in which DDIFO operates. We are part of a team that includes franchisees (both members and non-members), the National DCP, the vendor community and Dunkin’ Brands. Each member of this team has a different skill set and a different focus but the same ultimate goal: the success of that Dunkin’ Donuts trademark.

For DDIFO, success means our members are empowered to reach their profit potential; for the National DCP, success means rewarding its members with not just a competitive cost of goods, but also a supply chain that is unrivaled in the industry; for the vendors, success means building lasting relationships with the franchisees; and for Dunkin’ Brands, success is tied directly to the stock price.

That we share a common objective is not a surprise. What is surprising, however, is that we don’t always work together to achieve our common goal.

Let’s look more closely at the Olympic model for a moment. An Olympic hockey team, for example, has some players with great speed, others with agility or a shooting touch. Still others might be strong and more aggressive. Yet, regardless of their individual skills, they share a single-mindedness of purpose. So, even though few members of the team actually score goals, they all do their part to ensure that enough goals are scored to achieve the common objective. In our model, there could be times when certain members of the Dunkin’ team are competing against others. Still, that doesn’t change the objective; we all want Dunkin’ Donuts to be as successful as possible.

In the quest for success, we all encounter hurdles. During my 18-month tenure as Executive Director of DDIFO, I have witnessed one challenge after another: from bans on polystyrene foam, to discriminatory sales tax policies, to the implementation of national health insurance. DDIFO is actively working to protect franchisee interests in each of these cases—lobbying lawmakers and using the power of public relations to influence public opinion. In some cases, other members of the team are able to contribute to the effort. In other cases, they can’t. And then, in other cases, they won’t.

Still, we plug ahead because DDIFO’s mission is to protect the interest of its members. We are honest in our intentions and welcome participation whenever or wherever it is possible. We are committed to help other members of the team in their endeavors. And, most importantly, we remain focused on the common goal.

Part of being on a team is knowing how and when to put differences aside. Over time a franchisor and franchisee can be on different sides of an issue; that’s business. But, when there is cooperation, and we function as effective members of the same team, we forge ahead because we are focused on our common goal.

I don’t know now which nation will top the medal count when the Sochi Games conclude, whether it was the U.S., Norway – or for that matter, Jamaica or Zimbabwe – I can’t say. But I do know this, it is a nation whose athletes functioned as a team, with the right parts working together to overcome the challenges of Olympic competition – not one that fought against itself because the skiers didn’t want the bob-sledders to participate!. If we’re all intent on participating, then let’s do so together – and bring home the gold.