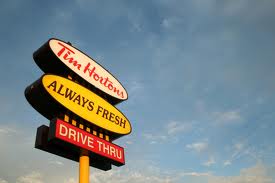 A Canadian court ruling involving Tim Horton’s may be a cautionary tale for Dunkin’ Donuts franchisees. The case was brought by a group of Tim Horton’s franchise owners after they were forced to sell items at below cost and switch to more expensive pre-baked donuts from a supplier affiliated with the franchisor.

Franchise attorney Eric H. Karp of the Boston firm Witmer, Karp, Warner & Ryan, LLP, closely followed this case and kept DDIFO apprised of its developments. After the decision was announced, DDIFO commissioned him to write a comprehensive summary of this ruling.

While it’s unclear if it will affect how Dunkin’ Donuts franchise owners conduct their business, DDIFO believes the ruling is an important development in our business and we urge you to review it carefully.

In finding that the price ceilings set by Tim Horton’s on Lunch Menu items were commercially reasonable, the Ontario Superior Court of Justice focused on the profitability of the franchisees as a whole, rather than the profitability of specific menu items.   The Court noted that the Lunch Menu items required to be sold at a loss represented, at most, 15% of a given franchisee’s business, and that the losses suffered from sale of those items were made up for by profits on other items such as coffee and baked goods.  The Court found that Tim Horton’s strategy of selling Lunch Menu items at a loss was a commercially reasonable attempt at bringing in customers.  The Court did not recognize that, while bringing in more customers benefits Tim Horton’s, who derives royalties from every item sold, it does not necessarily for the franchisees, whose profits are dependent on keeping costs down. To put it another way, franchisors live off the franchisees’ top line while the franchisees live off their bottom line.

In enforcing the Tim Horton’s price ceiling, the Court followed recent U.S. decisions allowing price ceilings, and enforcing those price ceilings even when the items must be sold at a loss.  In National Franchisee Association v. Burger King Corp., 2010 WL 4811912, the U.S. District Court for the Southern District of Florida upheld Burger King’s $1 price ceiling on the “Buck Double” cheeseburger, even though it cost Burger King franchisees more than $1 to produce each Buck Double.   This follows on a 15-year-old United States Supreme Court decision holding that maximum resale price restrictions were no longer per se invalid under antitrust law.  As with the Tim Horton’s decision, the Burger King decision rested on the reasonableness of the pricing strategy as an attempt to draw in more customers, as well as the overall profitability of Burger King franchisees, despite the loss of revenue on every Buck Double sold.

For Dunkin’ franchisees, it is important to note that section 7.3 of the current franchise agreement permits your franchisor to require you to sell products at a “particular price” to the extent permitted by law. This means that Dunkin brands believes that it has the power to set maximum resale prices.

These decisions make clear that not only are price ceilings likely permissible, they will equally likely be enforced even when they force franchisees to sell certain items at a loss, as long as the franchises are overall profitable.  In the end, both the Tim Horton’s and Burger King courts endorsed the concept of mandated loss leaders.

The Switch from Fresh to Frozen Donuts

The Court in Tim Horton’s also addressed Tim Horton’s switch from requiring franchisees to bake donuts from scratch using Tim Horton’s ingredients, to requiring franchisees to purchase frozen, partially baked “Always Fresh” donuts from a third-party supplier partially owned by Tim Horton’s.  The franchisees protested the forced switch as well as the fact that the Always Fresh donuts were sold to franchisees at a price that was above market value, which resulted in additional profits to Tim Horton’s as a partial owner of the supplier.   The Court found that this switch was permissible under Tim Horton’s franchise agreement, which provided for changes in methods of operations for the benefit of the franchise system.  The Dunkin franchise agreement contains similar provisions under which the franchisor might claim the power to mandate changes in the way franchised units operate. See section 7. The Court held that benefits to the system need not be financial gains for the franchisees in order to be the basis for a change in operating methods, and that the fact that the franchisees ultimately would pay less for donuts, and that Tim Horton’s would profit made the decision commercially reasonable.  Tim Horton’s was further insulated from liability for the markup because of provisions in its disclosure documents, which provided he warning that some items the franchisees were required to buy may be priced above market value.

What are the implications of this decision for Dunkin franchisees.

First, the historic new National DCP Relationship Agreement provides Dunkin’ franchisees with many layers of protections which make it unlikely that they can be subject to some of the bad conduct of Tim Horton’s. Under that Relationship Agreement, the franchisor may not participate in supplier income. This is significant because very often a franchisor that receives commissions, payments or a share of the profits of the supplier will pass that extra expense along to the franchisee. Second, should your franchisor wish to participate in the supply chain in the same manner as Tim Horton’s did, it would be subject to the same vendor bidding process as any other vendor or of NDCP. While these provisions do not guarantee that your franchisor would not be approved as a supplier, it is true that the process would be subject to transparency and established protocols; the Tim Horton’s franchisees had no such protections.

Second, the response to decisions such as those in the Tim Horton’s and Burger King systems lies  in strong franchisee associations who can wield clout within franchise systems, educate franchisees in particular and the public in general about these kinds of predatory behaviors by franchisors, and lobby for legislative and regulatory changes.  In the Tim Horton’s case, for example, Tim Horton’s franchise agreement required it to consult with its franchisees before instituting operational changes such as the Always Fresh donuts.  In that case, many of the franchisees were in favor of the change to Always Fresh donuts, and assented to the supply arrangement despite the objection of the franchisees that brought suit.  Had the franchisees worked together, they may have been able to exact concessions or pricing provisions that benefited them as well as the franchisor.  Unity, cohesiveness, and solidarity, best achieved through independent franchisee associations, is the key to righting this imbalance.