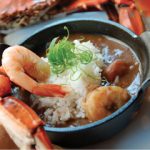 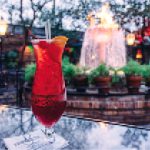 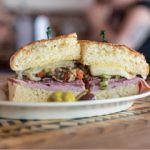 Get ready for some spicy Cajun food and toe-tapping jazz – this year’s DDIFO National Conference is taking it south to New Orleans.

This might be one of the best years to visit: It’s the city’s 300th birthday. And this is a city that knows how to party.

“It’s more than just Mardi Gras,” says local resident David Cariello. “We have a festival for everything.”

Cariello, who grew up on Long Island in New York, came here for college and never left. “I liked the feel of it, the ambiance, the architecture,” he says. “In New York, people on the street ignore you. Here, they smile and wave.”

It’s a natural draw for conference attendees, who can bring their families and mix business with pleasure. “We’re a ‘little big city’,” Cariello explained. “We’re a major city, but we’re not huge like New York or LA. Everything downtown is walkable, or accessible by streetcar. Every time they have the Super Bowl here, people say we should have it here every year, because the Superdome is right downtown. It’s so easy to get around.”

First thing attendees should know is how to pronounce it. According to the city’s major daily newspaper, The Times-Picayune, the proper pronunciation is “New OAR-linz," not "New Or-LEENZ."

The city sits on a triangle of land surrounded by three major bodies of water: Lake Pontchartrain, the Mississippi River and the Gulf of Mexico. And while it is perhaps best known for its annual raucous Mardi Gras celebration and partying in the streets, New Orleans is a surprisingly welcoming place to those who enjoy art, architecture and a bit of history.

That history is not just a “founding of our country” history, though there’s that, too. It’s the history of an untamed land riddled with Wild West gold hunters and deported galley slaves. First settled by the French, it was handed to the Spanish before being sold to the United States. Throughout it all, an amalgamation of wildly different people – Africans, Americans, French Creoles and Haitians – blended together to create a multicultural tapestry. Many describe New Orleans as having the unique feel of a European city with the warmth of the south and a dollop of Caribbean flavoring tossed in.

The National Conference is being held at Harrah’s New Orleans, a luxury hotel and casino (see page 23). Close to the waterfront of the Mississippi River, the area boasts easy access to popular attractions, many of which are within a 2.5 mile radius.

“You can easily walk along the waterfront, hit a Saints (football) or Pelicans (basketball) game, grab a Po-Boy (overstuffed sandwich) and listen to the buskers (street musicians), or go to a five-star restaurant,” says Tara Letort, public relations director for the New Orleans Convention and Visitors Bureau. “It’s why we’re a natural draw for conference attendees and visitors.”

Along the riverfront is Woldenberg Park, whose wide brick pathway invites walking or biking, and is the jumping off point for steamboat and river cruises. For those looking for aquatic life, the Audubon Aquarium is a few blocks away.

Nearby is the French Quarter, the oldest section of New Orleans, and the place most people picture when they think of the city. Because it is built on higher ground, the French Quarter was largely spared the flooding that came from Hurricane Katrina. The buildings here boast original Spanish architecture and are home to the bars and restaurants of Bourbon Street, as well as Preservation Hall, a paean to traditional New Orleans jazz.

Within the French Quarter is Jackson Square, which has an open-air artist colony and the Café du Monde. Here one can get café au lait and beignets, deep-fried pastries sprinkled with powdered sugar. “They always say don’t wear black if you eat a beignet,” says Letort, who believes spreading the powdered sugar on oneself is a sort of baptism.

On the edge of Jackson Square is the French Market, a place for local food, produce, crafts, and colorful characters. Nearby Royal Street has antique shops, jewelry stores and art galleries.

Just outside the French Quarter is Frenchman Street, the place to go for live music, food, and local culture. “This is where the locals go to enjoy raw jazz, trumpets, trombones and tubas,” says Letort.

A little further afield, a $1.25 streetcar ride takes you to City Park, which has 1300 acres of outdoor activity. There’s kayaking and paddle boating, mini golf and a carousel. It’s also home to NOMA, the New Orleans Museum of Art. The museum has an outdoor sculpture garden on grounds with a lagoon, magnolia grove, and live oaks strung with Spanish moss.

Did we mention the food?

There’s no sense in visiting a place if you’re not going to try the local food. Here, the iconic food is Cajun, which comes from the French-speaking Acadian people relocated to Louisiana from Canada. Bell peppers, onions and celery are key ingredients, along with garlic, paprika and cayenne pepper.

“Whether you’re in Nebraska or Chicago or LA, you’re eating the same thing,” says Cariello. “But you can only get real Cajun Creole here.”

Signature dishes include gumbo (stew with seafood, chicken or sausage), Jambalaya (rice, meat and vegetables), crawfish etouffee (a thick stew similar to gumbo), and the aforementioned beignets. If your taste runs more to sandwiches, there are the Po-Boys and muffulettas, made with Italian cold cuts on a round bread loaf.

Cariello insists there are no bad restaurants. “You can get the best fried chicken at a gas station.”

But whether it’s the food, the music, or the array of diversions to tickle your fancy, New Orleans is definitely worth the visit. 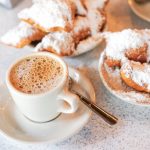 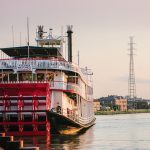 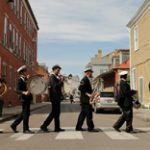 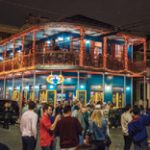