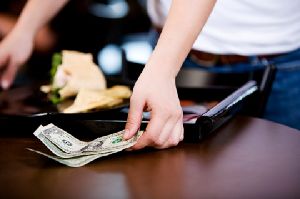 Despite getting our clarifying tip-pooling language passed in the House again this year (and defeated by one vote in the Senate for the second time in a row), the provision did not survive an economic development conference committee’s final report, thereby killing the effort for the current legislative session.  Ambiguities in Massachusetts’ law, specifically the lack of a statutory definition of “managerial responsibility” has created a legal minefield for Dunkin’ franchise owners that has been exploited by plaintiff attorneys.  The language clarifying who is eligible to participate in a tip pool, which utilized many of the provisions in the federal Fair Labor Standards Act (FLSA) was opposed by organized labor to the detriment of the very lower-wage workers they claim to support!  In the wake of a number of class action suits against franchise owners, many established no tipping policies to protect themselves.  Subsequently, litigation was filed against one DD franchise owner claiming that the franchisee’s no tipping policy was a violation of state law.  The court initially dismissed the suit, but it is still pending on appeal.  We suspect more franchise owners may prohibit tipping in order to avoid being targeted in class actions by attorneys looking for a payday!