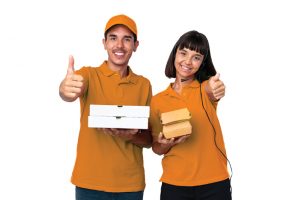 In the face of a historic labor shortage, there are several levers franchisees can pull to help recruit and retain workers. One that may not be top of mind is to communicate their plight to state and federal lawmakers. “They are aware of the labor shortage, but they need specific examples from their constituents,” says Misty Chally, executive director of Coalition of Franchisee Associations. She recommends franchisees detail how the labor shortage is impacting their bottom line; how many of their employees left and didn’t return; if a franchisee has had to close the lobby and just use the drive-thru; if they’ve had to shorten their store hours; or if their current employees have to work overtime to make up for the shortage.

“Those kinds of stories make a big impact and help promote legislation getting not only introduced, but passed into law,” she says.

Tad Mollnhauer, a UPS Store franchisee, agrees. He says many lawmakers just don’t understand the franchise model. “In my particular case, many people think I’m a UPS employee and I get UPS benefits. This is where people get kind of lost,” he says, adding when a franchisee shares their story, it helps those making legislative and/or regulatory decisions learn what they go through on a day-to-day basis, “and when they understand, it makes it easier for them to see what needs to be done and what can be done to improve the situation.”

To retain employees, Mollnhauer says he treats them as if they were family. During the pandemic, he hasn’t lost one employee at either of his stores. “A lot of owners across a lot of brands look at things strictly as a big numbers situation, and I look at them differently. I find if I allow employees to focus on issues that are important to them, like taking time off for a doctor’s appointment, even if it puts me in a bind, they have more [loyalty],” Mollnhauer says.

During the pandemic, he also raised wages to $15 an hour or more. Because it takes a new worker six to nine months to become proficient in the UPS business, he believes boosting pay is a better alternative than investing additional time to train new employees
“It’s worth it for me to take a little more out of my bottom line. But through the pandemic, my business has actually increased, so I’ve been able to afford that. Unfortunately, a lot of businesses have taken a beating.”

To recruit workers, Dunkin’ franchisee John Motta says many small businesses are offering incentives, such as sign-on bonuses and tuition reimbursement. He is considering implementing a scholarship program in his stores that would attract teenagers. “Say they work for us for three or four years until they graduate high school, we’d give them a $1,000 per year to use toward school. It’s an incentive to get them to work with us and keep them with us since they know they will get something at the end,” he says. Several Dunkin’ franchisees have initiated similar programs, following the lead of long-time franchisee Ed Wolak.

Incentives designed to keep workers over the long term also prevents people from jumping from one employer to another to cash-in on perks for new employees. “When everyone is doing the same thing, it’s not a huge incentive or attractive anymore because they know if they go to Dunkin’, they’ll get a $500 sign on bonus, but then once that time requirement is over, they can go down the street and get another sign on bonus from McDonald’s,” says Motta.