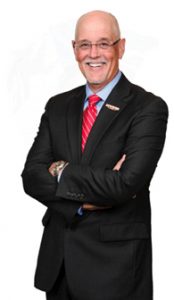 Two years after Don Fox became CEO of Firehouse Subs in 2003, he did something most franchise owners wouldn’t dream of: he encouraged franchisees to gather and form an independent franchisee association, and pledged the brand would recognize it. Ten years later, he made another move that might raise an eyebrow: he added four franchisee seats to what was then a nine-member board of directors, increasing the overall board size to 13 members, and giving the franchisees a super majority.

Where many franchisors might have opted to keep their distance, Firehouse, under Fox’s leadership, sought to maintain togetherness. Franchisees and the brand were aligned when Fox came on board, and have been since. Fox credits the pre-emptive move for supporting a continued, positive relationship.

“Historically with franchise brands, at some point there will be grievances. I felt it was wise to embrace the franchisees early on, to give them a channel for effective discussions,” Fox says. It’s worked well; Florida-based Firehouse Subs, which originated in 1994 and began growing in earnest in 2002, now has 1144 restaurants across the United States, with about 80 stores added this year.

Good relations with a CEO are important. One need look no further than Jack in the Box, whose CEO, Lenny Comma, is under fire from the independent franchisee association that has called for his ouster.

“We really need change,” Michael Norwich, the chairman of the National Jack in the Box Franchisee Association told Bloomberg News. “Nobody is taking ownership and it’s resulting in the condition we’re in now.”

In a perfect world, franchisees and their franchisor would coexist peacefully, each steadily working toward common goals, such as boosting brand recognition, delivering a quality product, and maximizing profits. However, it’s inevitable that problems occur, and recent disputes in the news have shone the spotlight on what happens when these two sides clash.

While RBI cited the cause as “owner breached confidentiality issues,” others called it an intimidation tactic stemming from accusations that the brand’s parent company misused $700 million from a national advertising campaign. Hughes is a member of the Tim Hortons independent franchises association, the Great White North Franchisee Association (GWNFA), which has been in vocal in their disagreement with brand ownership. Hughes isn’t the only franchise owner caught in the crossfire; other GWNFA members say the chain has denied them contract renewals.

The conflict over advertising dollars isn’t the only issue muddying the waters between Hortons’ parent company and franchisees. In the past year, franchisees have vocalized many issues, including requests for compensation lost due to cash register outages, resistance to cost-cutting changes and shifts, accusations of price gouging and equity theft, and complaints about inferior equipment.

Bad press is never a good thing, and Tim Hortons felt the fallout. The brand–historically embraced by Canadians–fell from 4th to 50th in the Leger Research Group’s 2018 ranking of brand reputation. The drop is significant, particularly given that the coffee chain typically maintains a comfortable seat among the top 10.

Another brand currently feeling the heat from disgruntled franchisees is Dallas-based convenience store chain 7-Eleven, owned by the Japanese firm Seven & I Holdings. With about 11,600 stores in the United States, 7-Eleven franchisees have been simmering since new contract changes were unveiled last summer.

“We expected an overhaul of the financial agreement in 2019, and had hoped it would present a chance to sit down with the franchisor and discuss some of the financial difficulties we face, and bring in some balance,” reports Rehan Hashmi, a Chicago 7-Eleven franchisee who is also vice chairman of the National Coalition of Associations of 7-Eleven Franchisees (NCASEF). “Unfortunately the new agreement did the opposite; [it] tipped the balance more on their side.”

Under the 2019 contract, franchisees will be required to pay a renewal fee of $50,000, as well as a larger share of profits to the parent company. In addition to imposing a significant financial drain, Hashmi says the new contract also hinders each individual franchisee’s ability to make decisions in the best interest of their own stores.

Hashmi says franchisees agree with the need to buy into the 7-Eleven brand and its infrastructure, but “the [ability to apply] common sense and independence has been taken away.”

But franchisees are feeling the pressure to sign the new agreements early. The brand wants as many signed up as possible, which is why it offered a $1,000 cash signing bonus and an opportunity to delay the onset of a new graduated gross profit split, which could force some franchisees to hand over 52 percent of their profits to the company.

“They are signing just to save their livelihood, not because they endorse the provisions,” says Hashmi, who has two of his five stores due for renewal. “I’ll sign for those two, but will probably wait on the other three.”

While Horton’s invoked a drop in customer favoritism, the conflict at 7-Eleven sent a direct blow to franchisee morale, made apparent in a survey that went out to 1000 operators and representing approximately 2,500 stores. (See survey responses above.) 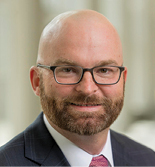 “Conflict breeds animosity. It takes away from the goals of the brand, and prevents the system from moving forward,” says Ben Lawrence, professor of Franchise Entrepreneurship at Georgia State University. “A system in conflict is not productive.”

One of the most influential elements in the franchisee – franchisor relationship can be a strong franchisee association. “When things are going well, members may wonder, why do we need the association? But when there’s a conflict, the association is an important, common voice. Individual franchisees can’t always get access to the brand owner, but a group that bargains collectively has more power and influence,” Lawrence says.

Because they generate funding over time, franchisee associations can also help by hiring professionals to assist with problems, such as legal advice or assistance deciphering and negotiating a contract.

Respect is a crucial part of the success in any business relationship. In the franchising world, mutual respect is important, both between franchisee and franchisor, as well as among franchisees themselves.

“The franchisor should always respect the investment of the franchisee. The franchise wouldn’t have growth without the franchisee,” says Fox, who also points out how every brand has a culture and if franchisees are on board with this culture, overall alignment becomes stronger.

“When both sides can come together for a bigger cause, it can help to create a common bond,” he says. Such a system is in place with Firehouse Subs’ public safety foundation. Created after hurricane Katrina, the foundation focuses on providing lifesaving equipment, public education and disaster relief to the community. “Franchisees are the heroes of that effort,” says Fox.

A healthy system is also based on transparency—as the Tim Hortons situation illustrates. With a significant financial investment tied up in the brand, franchisees naturally keep a watchful eye on how their capital is spent.

While maintaining a healthy level of transparency rests largely with the franchisor, franchisees can do their part by voicing the need for information from the brand, and openly raising questions and issues early if they arise. Often, these steps are taken through the independent franchisee association.

Conflict is inevitable in every business, and franchising is prone to disputes because often franchisors are focused on the top line while franchisees are focused on the bottom line. But, as healthy systems demonstrate, common goals remain the unifying factor and, at the end of the day, the brand’s success is what matters most.