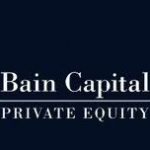 Lisa van der Pool of the Boston Business Journal reports that Dunkin’ Brands(DNKN) is brewing a cup of holiday cheer for a pair of private equity investors at Boston’s Bain Capital. Bain managing directors Andrew Balson and Mark Nunnelly are among a select group of executives, former executives and directors who are free to sell shares they personally hold in the company as of Wednesday – about two months ahead of the scheduled end of a lock-up period on such sales.

Dunkin’ announced Monday that the lead underwriters in the company’s recent IPO plan to waive the lock-up restriction for up to 732,758 shares held by 15 executives, former executives and directors at the company. Bain was one of three private equity firms that invested in Dunkin’ before the company’s IPO.

The shares, worth about $19 million at Friday’s closing price, amount to about 0.6 percent of the company’s 120.1 million shares.

Earlier this month Dunkin’ reported that third quarter sales were up, but income dropped. The firm also said on Nov. 1 that it would offer 22 million shares of its common stock for sale in a secondary offering.