In more than 60 years of serving coffee and snacks to hundreds of millions of customers, Dunkin’ Donuts has featured many great operators, visionaries and business leaders. Once again this year, DDIFO is proud to honor some of those who made significant contributions to help grow the brand.

On Tuesday September 22, two franchise owners with deep Dunkin’ roots and years of service on various boards, committees and leadership groups will be entered into the DDIFO Hall of Fame during ceremonies at Caesars Palace in Las Vegas. They are John Cadete and Guido Petrosinelli. 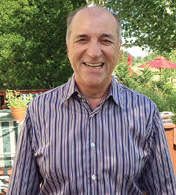 Like so many longtime franchisees, John Cadete found his way into Dunkin’ Donuts through a family connection. It was the late 70’s, Cadete was working as a maintenance supervisor at Rhode Island Hospital when his aunt married Tony Andrade, who had followed his brother Manny into the business.

It didn’t take long for Cadete to enter into a partnership with Tony to purchase a shop in Brockton, Mass. Cadete and Andrade bought three shops together before Cadete split off on his own. From there, he has expanded his network to 53 shops in southeastern Mass. and Cape Cod.

Dunkin’ Donuts provided a springboard for Cadete – as well as his two brothers – to create a solid business, built on hard work and dedication, which gave his family security and comfort.

“We were among the first in the Portuguese community. We put in a lot of work and tried hard to be successful and, now, we got to that point we have been successful,” Cadete says.

Before he could say that, Cadete faced some difficult – and lean – years. But, the turning point came in 1985, when he bought his fifth store, on Plain St. Marshfield, Mass. “Then I felt like I was on the right track to grow more,” he remembers.

Along the way, Cadete took advantage of opportunities to join various boards and committees. “I put my time in to help any way I could to be sure the business was running correctly and to help others,” he says. “My favorite board was the DCP. I sat on that board for 6 years in the mid to late 90s.”

Cadete has also served on the RAC, DAC and several subcommittees. In addition, he has been an avid supporter of local Little Leagues and the Cape Cod League, which was founded in 1885 and is considered a top destination for college players with aspirations of playing Major League Baseball. Cadete’s Dunkin’ shops are featured on the outfield fences at Guy Fuller Field, the home park of the Falmouth Commodores. Cadete also donates money, coffee and snacks to the team.

“I am honored to be part of the Hall of Fame,” says Cadete. “Being included with all the great franchisees out there feels great!” 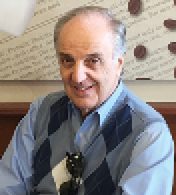 You could say Guido Petrosinelli’s entrance into the Dunkin’ Donuts system was an accident; he says there was a sign. It was 1967, and Petrosinelli was in the industrial catering business in Providence. When he needed donuts, he bought them from the Dunkin’ shop on Reservoir Avenue in Cranston, RI. At the time, he didn’t really give Dunkin’ a second thought, until he was driving along Mineral Spring Avenue in Pawtucket one day and saw a sign advertising a franchise opportunity with a soon-to-be-built Dunkin’ Donuts shop. There was a phone number and Petrosinelli made the call.

That led to a meeting with Ralph Gabellieri, who was Dunkin’ founder Bill Rosenberg’s right hand man managing franchisee relationships (Gabellieri was part of the first Hall of Fame class in 2011).

“At the time, I was earning a good living in the catering business,” Petrosinelli says. “But Dunkin’ seemed like a good opportunity.”

Petrosinelli opened that shop in Pawtucket in 1968, but success didn’t come right away.

“It was discouraging for me in the first couple of years. In those early days it was not profitable. It took a while to take off,” he says.

But, he kept replaying the conversations he had with Rosenberg and Gabellieri, “If you are hard workers and loyal to brand it will work,” he remembers them saying. Finally the business turned the corner. Then, 10 years after opening his first shop, Petrosinelli bought his second. Today, he has 16 shops in Rhode Island.

“We kept moving forward with it,” he says. “We are successful and happy. It was a fantastic move on our part to buy into the Dunkin’ concept.”

Once he got the business up and running, Petrosinelli sold the catering business and got involved serving on franchisee boards and committees. He was a member of the Providence Ad Committee for more than 20 years, and spent several years in the leadership of the District Advisory Council (DAC). He is also part of the ownership and sits on the board of his CML, which opened in 2005 and manufactures baked goods in East Providence.

This year, he took over as chairman of the DDIFO Roundtable, advising the board of directors and working closely with franchisees to maximize the power of the independent franchisee association.

“We have a great group of franchisees; we are always there for one another. DDIFO is one example of how franchisees work together to achieve the goals that we have in common,” he says. “It’s a great organization and it’s there for us when we need it on various issues.”

Petrosinelli says he’s grateful his wife and children were so supportive through the years, while he was busy attending meetings after long days at the shop. He also gives a nod to his employees for making the extra effort over the years.

A lot has changed since 1968. As Petrosinelli recalls, there were very few franchisees when he bought into Dunkin’. But, over the years, as the system has grown so has Dunkin’s influence—not just in the quick service restaurant business, but also in the way the brand connects with its communities through sponsorships, charities and being a meeting place for so many customers.

“All the time and commitment and sacrifice was worth it in the end,” says Petrosinelli. “It’s like Ralph and Rosenberg said, ‘There is a light at the end of the tunnel.’ Dunkin’ Brands is good to deal with; it’s a great partnership.”

“DDIFO is honored to add John Cadete and Guido Petrosinelli to the Franchisee Hall of Fame,” says Ed Shanahan, executive director of DDIFO. “These men have proven themselves as great leaders who have helped grow the brand through their involvement with franchisee committees and local charities. We are proud of their accomplishments and their induction into the Hall of Fame.” 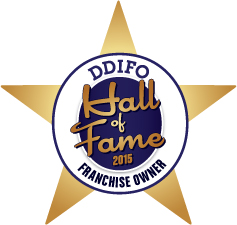 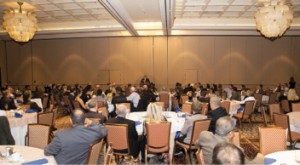 Established in 2011, the DDIFO Hall of Fame will now have 24 members. Below are the names of the pioneers and visionaries that helped build the Dunkin’ Donuts brand.