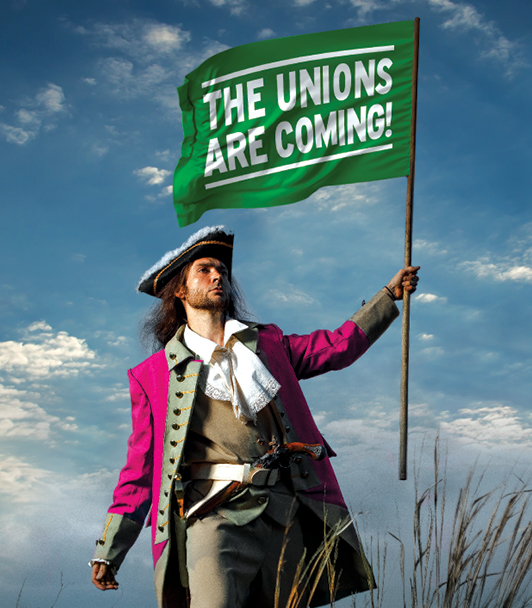 And like the coronavirus, unionization efforts appear to be spreading faster than a mutating virus. For example, other Starbucks locations in Buffalo are seeking a vote on unionizing, as is a cafe in Mesa, Arizona and two Boston-based Starbucks. Workers at these shops voted to organize believing that union representation could improve their working conditions, pay and benefits.

Are fears about unionization of coffee shops and other fast food restaurants warranted? Perhaps, according to Nick Grello, who specializes in collective bargaining and union avoidance as a partner with the Connecticut law firm of Zargari Cohn Cuthbertson Duhl & Grello. He describes what happened with the Starbucks in Buffalo as a blueprint for how the unions will attempt to organize. He notes that the union sought to organize each location as individual units, while Starbucks attempted to argue that each location be addressed as part of a larger entity, thus making the union’s organizing effort more difficult. But the National Labor Relations Board (NLRB), an independent federal agency vested with the power to safeguard employees’ rights, favored the single location unit, which as Grello explains, made the union’s organizing efforts simpler. “It is easier to win an election when, for example, only 15 employees at a single location are involved versus 60 employees at four different locations throughout a city.” Bottom line, says Grello: “With the union prevailing in Buffalo, we should expect to see the union organizing efforts to accelerate.”

Union penetration has long been feared within the QSR industry, where high labor costs can eat into an already slim profit margin. Encouraged by the pre-pandemic “Fight for $15” effort, and strengthened with the sustained labor shortage during the pandemic, unions have been making strides to organize a greater portion of the nation’s service workers. The first labor contract signed with a fast-food restaurant was not Starbucks, however. That designation goes to Burgerville, a 40-unit burger chain based in Vancouver, Wash., which in November reached a labor agreement with five Portland, Ore. locations that had voted to unionize back in 2018. In 2021, employees at, employees at five Chicago area Colectivo Coffee locations voted to unionize, along with Buffalo-based SPoT Coffee. Right before Christmas, employees at a Seattle Starbucks location filed a petition with the NLRB to hold a union vote on Jan. 10, 2022.

While these situations have generated thousands of headlines, the fact is union representation remains rare within the restaurant industry. According to the Bureau of Labor Statistics, only 1.2% of workers at food and drinking establishments were union members last year, well below the private sector unionization rate of 6.3%. But there is no question, the labor landscape has changed, due in part to the pandemic.

According to the latest available data, a record 4.4 million Americans quit their jobs in the fall. The shortage of labor has led employers to offer higher wages and more perks, and has also created a sense of empowerment among workers. That has helped fuel strikes at major U.S. corporations like Kellogg’s and John Deere, as well as the ongoing union activity at Amazon, which is the country’s second largest private employer. All this comes against the backdrop of a pro-union President Biden, and at a time when the public approval rating for unions has reached its highest points in over 50 years. According to Gallup data, 68% of Americans now say they approve of labor unions. Not since 1965, when 71% of Americans signaled approval for unions, has approval been as high. Back then, 28% of American workers were in a union, compared to 10.8% in 2020, the last year for which the U.S. Bureau of Labor Statistics has published data.

So, should Dunkin franchisees be worried? “There’s clearly something happening nationally. The pandemic has brought a number of workers’ concerns to the forefront of workplace conversations. Operators that ignore that reality do so at their own peril,” says Franklin Coley of Align Public Strategies in Orlando, Fla., a public affairs firm that advises restaurants and other small businesses whose employees are seeking to organize.

Coley says labor organizers are capitalizing on workers’ concerns, including legitimate health and safety issues connected to the pandemic. But the threat of a unionization effort for any individual operator is relatively small, he says, adding the threat can escalate if there is distrust between managers and staff as well as if there are active organizing efforts in a particular market.

“Franchisees should definitely pay attention to where there are hot spots in labor organizing activity, such as Buffalo; Madison, Wisc.; Chicago; Portland; Seattle and Boston. If you have operations in those area, be alert. And organizing efforts at other Starbucks stores are likely to add new metro areas to the watchlist, like Phoenix. If an operator is located down the street from a coffee shop that’s been organized into a union then the operator should assume that organizers are actively talking with your workers,” says Coley.

But the first line of defense is good manager and employee relations. Coley says, “Operators should be doing what they should be doing anyway, which is attracting employees who are crucial to keeping the doors open and lights on.”

Unions typically mobilize with grassroots efforts – several employees may huddle to share their grievances and express common interests. Once a few workers share interest in organizing, they generally assemble an informal committee supported by a union, explains Amy B. Cheng, also a labor attorney at Nelson Mullins in New York. Further steps include committee members developing a list of demands or issues, which they use to solicit support from other employees in the company. Through this campaign, unions build a rapport with the employees who act as ambassadors on behalf of the union to reach the wider employee population.

A smaller bargaining unit, such an individual restaurant, is easier for a union to organize than a business with multiple locations. Prospective union members are all available at one location and have a directly shared experience. “That’s one of the reasons employers like Starbucks argued for a larger bargaining unit in the recent Buffalo area organizing effort,” says Nick Kalm, a nationally recognized labor communications consultant. “It also gives the union access to a more attainable ‘quick win,’ that they can then use to expand to other individually owned or operated locations.”

Unions such as the Service Employees International Union (SEIU) have have had their eye on the quick-service restaurant industry through their Fight for $15 campaign, designed to increase wages for workers. They have been coordinating the $15 an hour campaign for the better part of a decade. But the current landscape is actually more concerning for employers, says Coley of Align Public Strategies because local groups have been affiliating with whatever union they have a connection or family tie with. One of the organizers at Colectivo Coffee, for example, has a late husband who was in the electrical union, thus organization came under the International Brotherhood of Electrical Workers (IBEW). “This is actually more concerning than one union trying to organize, because it’s sporadic and organic,” says Coley.

“The other change in the fast food industry is that younger workers have fundamentally different expectations, and expect their work life to be part of their political and social sphere. This results in work place activism, not just on the labor front, but also around issues ranging from the environment to personal privacy. This is a mindset that will stay with us and something that employers will have to continue to grapple with,” says Coley.

But unionization is far from inevitable. “The importance of an environment that is friendly and tolerant, where employees feel valued and an opportunity exists for employees to deal with supervisors and senior management in an open manner, cannot be over-emphasized,” says attorney Boyarsky of Nelson Mullins. “Employers should provide avenues for employees to express their concerns.”

And while experts advise reviewing your company’s wages and benefits versus others in the area, often union organizing is not entirely the result of worker concerns with dollars and cents, but rather how they are treated. “In order to avoid a successful union organizing drive, a franchisee should employ supervisory staff that acts in a respectfully, even-handed manner towards employees,” says attorney Grello. And Kalm, the labor communications consultant, says other best practices to keep unions at bay include opportunities for employees to make recommendations; good manager training and accountability; flexibility around scheduling and shifts; competitive wages and benefits and finally, education about unions, unionization and what they can or can’t always deliver.

If a union successfully organizes a shop, know that the relationship between management and staff is fundamentally altered, says Grello. “You are no longer dealing with individuals, but rather a union that does not know you, your business or your employees. You will be addressing employee concerns with shop stewards, not with the employee. The ability to address issues on a one-on-one basis disappears.”

The best way to inoculate yourself against a union, says Coley, remains the same: good employer and employee relationships. “That’s the whole ball of wax. That is where operators should be putting their energy and focus.”