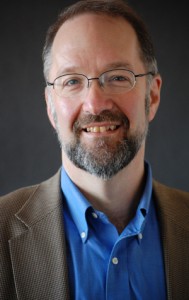 The United States Senate may advance President Obama’s nomination of Professor David Weil as Administrator of the Wage and Hour Division of the Department of Labor to the floor for a confirmation vote this month.  Weil, who wrote a 2010 report for the Wage and Hour Division entitled “Improving Workplace Conditions Through Strategic Enforcement“, advocates essentially dismantling the franchising industry. (He has described franchisees as an unnecessary part of the economy because they take a “piece of the pie” that workers should be entitled to have!)  His nomination was Obama’s 3rd for the position – his first two were strongly opposed by business and blocked by the Republican minority.  Unfortunately, Weil was approved by the Senate Committee on Health Education Labor and Pensions (HELP) in January on a straight party line vote.  Agreement within the Senate leadership last week would seem to indicate that the nomination will be voted on April 28.  Remember Senate Democrats last November eliminated the rule requiring 60 votes to close debate and advance Executive branch nominations, the so-called “nuclear option“, so Weil will likely be confirmed if a vote is held. That will not be good news for our industry or for broader business interests!