By AdminPublished May 10, 2014Category Legislative Updates 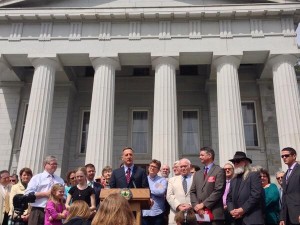 Vermont Governor Peter Shumlin, who made no secret of his support for mandating GMO labeling, followed through yesterday when he signed it into law, making Vermont the first state in the nation to mandate the labeling of food containing genetically modified organisms (GMOs).  The bill, which does not become effective until July 1, 2016, is expected to be challenged in the courts.  In fact, at the signing ceremony, Shumlin announced that the state had created a specific fund to take online contributions to pay for defending the law when litigation is filed by the food industry.