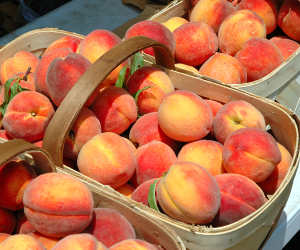 The state of Georgia not only believes that free has a value, it thinks free should be taxed as well.  Believe it or not, we’re advised by a number of franchise owners in Georgia that the Peach State is demanding tax payments on promotion items even when those items are given away at no charge!  The franchise owners were subjected to an audit by the Georgia Department of Revenue after which, they were cited for unpaid taxes on coupons from Dunkin’ that offered free items.  The auditors advised that the stores not collecting taxes on coupons/free meals was a violation of Georgia Tax Code provision 560-12-1-.14 regarding Withdrawals from Inventory.  Further, the auditor also explained that the state could reach back 7 years to capture back taxes!  The Dunkin’ response was said to be that the franchise owner is responsible for paying all required taxes.  That seems particularly interesting against the backdrop of this story from the Restaurant Finance Conference where Nigel explained that a primary concern of his is the profitability of the franchise owner.  So, be forewarned that free is very expensive!!!