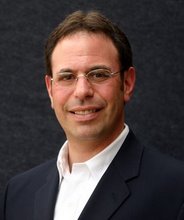 Response to the Boston Globe’s recent article “Franchisees say Dunkin’s brewing trouble” illustrates the differing opinions franchise owners have about seeing their issues discussed in the press. Some lauded Jenn Abelson’s article as an important discussion of an issue of interest to the entire Dunkin’ Donuts franchise community; others saw it as an improper public airing of dirty laundry. In either case, any news related to Dunkin’ Donuts strikes a chord because of the popularity and positive perception people have for Dunkin’ Donuts and its products.

The role of press in society has been debated for hundreds of years. When our Founding Fathers determined that America should have a free and open press, many viewed it as a dangerous proposition. In 1823, Thomas Jefferson wrote, “The only security of all is in a free press. The force of public opinion cannot be resisted when permitted freely to be expressed. The agitation it produces must be submitted to. It is necessary, to keep the waters pure.”

Jefferson saw the press as a necessary tool to keep government in check. But, over the years, the role of the press has expanded to give voice to all—especially those who feel subjected to injustice.

In the 40+ year history of Dunkin’ Donuts, the press has taken a generally positive approach to its reporting of the company’s growth and popularity. But, like any entity which evolves from a family-owned business to a privately held mega-brand, Dunkin’s press appeal has changed. The push for profits amid growing competition in the coffee business has prompted the press to dig deeper for news. Conflict and controversy sell papers and, recently, there have been plenty of both.

In its 20 year existence, the DDIFO has both sought press coverage and shied away from it. Recent news stories, like the Globe’s recounting of attorney Robert Zarco’s talk at the DDIFO member’s meeting in Worcester on September 22, 2009 and Holly Sanders’ New York Post articles about Dunkin’s litigation strategy and internal surveillance have caused some franchise owners to wonder if the DDIFO is using the media to advance its own agenda.

Two years ago, DDIFO adopted a new mission statement, “We communicate, we educate, we advocate.” As DDIFO has become more active in the areas of government relations, public relations and brand advocacy, we have shared stories with the press for the expressed purpose of giving a voice to franchise owners. The goal of this organization and its leadership is to support Dunkin’ Brands and protect the interests of its franchise owners.

Naturally, with a franchise community as diverse as Dunkin’s there are going to be those occasions when a story in the press is viewed as damaging—not beneficial.

One of the challenges of managing an organization like DDIFO is determining when issues that threaten the livelihood of its members should be discussed internally—through the Brand’s executive team and its elected franchise representatives, or through public discourse. This is something we take seriously. While the press has sometimes served to facilitate internal discussions on issues like profitability, it has also served to divide the membership. That is regrettable.

One thing remains clear: without Dunkin’ Donuts the DDIFO has no role. Our goal is the success and profitability of the company and its franchise owners. We recognize the importance of supporting the initiatives necessary to keep Dunkin’ on the right track; we also recognize that when that track bends in the wrong direction, we have an obligation to set it straight. Sometimes that means making the discussion public.