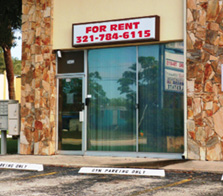 From a brightening economy to a bevy of new laws and regulations, changes are afoot across the country that could have a big impact on your franchise’s bottom line this fall. First there is the economy.

More people are working and, hopefully, you are noticing customers have a little more money to spend on their favorite treats and drinks. Yet good times can bring challenges as well, as Dunkin’ Donuts franchise owners in fast-growing markets in Texas and Colorado are finding. Real estate prices are heating up in many U.S. cities, making it more expensive – and more challenging – to secure new locations.

And of course, whether the economy is good or bad, legislators and regulators are always at work coming up with new laws and regulations.

Independent Joe took a look at five issues Dunkin’ Donuts franchise owners should keep an eye on as we head into the fall, from a tight real estate market to looming federal health care mandates.

Denver and Austin are a 14-hour drive apart.

But Dunkin’ Donuts franchise owners in both cities are dealing with the fallout from a booming real estate market, one that has made it harder – and more expensive – to find new locations.

Doug Redman, who is developing Dunkin’ Donuts locations in the Denver area, has one shop open, one location that’s still awaiting city permits and letters of intent for four other locations.

While he hasn’t lost any potential sites to competitors yet, he says other franchisees are definitely out there, on the hunt for prime real estate.

Compounding matters, already established storefronts and shops aren’t turning over as fast as they were.

“The real estate market is definitely picking up and the competitors’ expansion is picking up as well,” Redman says.

And the cost of leasing space in Denver – always expensive – is also on the rise.

If that weren’t enough, construction costs for new buildings and renovations to existing Dunkin’ shops are also increasing, thanks to a tight job market in the construction industry and a demand which gives contractors more price leverage. According to a report by the property and construction analysis firm Rider Levett Bucknall, Denver construction costs jumped 2.2 percent in the first quarter over the same period in 2013.

“The costs are going up,” says Redman. “Just the sheer volume of construction going on is affecting the contractors’ pricing structure.”

Dale Mulvey, director of operations at Coffee Action West, is running into similar challenges expanding in the Greater Austin market.

Mulvey now runs three Dunkin’ shops in the Austin area, with three more under construction. He eventually plans to roll out a total of 24, but it is a slow process given the tight market for available sites.

“The number one concern in Austin is just finding solid commercial properties,” he says. “Commercial rates are going up and there is a lot of competition for strong properties.”

Recreational marijuana shops are now legal in Colorado and Washington State. Voters in Alaska and Oregon will decide this fall whether to follow suit and legalize as well.

Meanwhile, a total of 23 states have given a green light to medical marijuana, with dispensaries popping up across the country.

It amounts to the birth of a new retail business, with sales expected to hit $2.6 billion this year, The New York Times reports, citing estimates by a California research firm.

As we head into the fall, more and more Dunkin’ franchise owners will have to decide just how they plan to deal with this new phenomenon, especially when opening new shops. (You can read more about the legal implications of medical marijuana laws on page 30).

Redman, the Colorado franchise owner, notes that the presence of a competitor that draws a lot of traffic can be a plus when considering a location. By the same logic, a Dunkin’ near a marijuana dispensary could benefit from all the traffic and customers coming in and out, he says.

“If there was an opportunity, we are going to evaluate that very seriously,” he says.

“Then again, Redman says he would give careful consideration to how closely he would locate to a marijuana retailer. He wouldn’t want to be in the same building, though a block or two away might be okay.

Even then, he would have to consider whether the presence of the pot shop might be a turn-off to some customers.

Dunkin’s, he notes, has a “family friendly” reputation, “We are not going to do anything to jeopardize that.”

Not so long ago, Dunkin’ customers in Austin who ordered a couple boxes of donuts or muffins were given a plastic bag with which to carry out their order, according to Dale Mulvey, the franchise owner in the Texas capitol.

Mulvey is not alone. A growing number of Dunkin’ franchisees around the country are grappling with either outright plastic bag bans, or a tax on each bag used.

The anti-bag movement kicked off in California, but is fast spreading to other states across the country, according to the Earth Policy Institute. Roughly one-third of the Golden State’s residents now live in communities with plastic bag bans.

While no state legislatures have passed any outright bans, cities and communities across the country have taken the lead.

In fact, Texas has emerged as a hot spot for activists looking to ban plastic bags, the institute reports. Eight Lone Star State cities now have bans. San Antonio is considering joining that group, while a 5 cent per bag charge in Dallas will take effect in January.

In Colorado, Boulder has passed a ten cent tax on both plastic and paper bags, while Aspen has banned the bags altogether, according to the institute.

There’s no getting around it. By the end of the year, the U.S. Food and Drug Administration will be finally ready to implement federal calorie disclosure requirements.

That means Dunkin’ Donuts franchise owners will have to put calorie count labels alongside each item on the menu—everything from Coolattas, to donuts, to egg-white flatbreads.

The calorie labeling is one of the provisions of the Affordable Care Act (ACA), also known as Obamacare. It’s a costly proposition putting franchisees on the hook for the expense of putting up new signage.

As he sees it, it’s not like his customers are eating all their meals out at his restaurants. Rather, he says, it’s more likely to be a weekly stop with the kids or a breakfast sandwich on the way to work once or twice a week.

“We are a premium snack stop,” he says.

From the perspective of many franchise owners, the good news about Obamacare is that key provisions keep getting postponed. The bad news, though, is that the jig is almost up on one of the biggest requirements, providing health care for employees.

The mandate will now kick in on January 1, 2015 for businesses with 100 or more workers. It had been slated to kick in this past January before the Obama Administration agreed to a delay. At the beginning of 2016, businesses that have at least 50 employees will have to comply.

Providing coverage will be an expensive proposition, according to one franchise owner who declined to be named. He has nearly 100 employees. But even if he were to limit coverage to 20 full-time workers, it would still cost him approximately $50,000 a year.

As a result, he sees a scramble by some franchise owners and businesses to cut back on the hours various employees work to stay under the threshold.

“Everyone is trying to cut back below 30 hours by January,” he says.

Still, as with everything involving the ACA, there is always a chance that more changes will be made before the mandates go into effect.

House Republicans have been pushing to raise the threshold to 40 hours, voting in favor of the amendment this spring. The proposal hasn’t gone anywhere in the Democratic-controlled Senate, though things could change depending what happens with the mid-term elections this fall.

That said, owners need to start running the numbers now to figure out whether they would be better off declining to pay health coverage and taking the tax penalty or anteing up, warns Ben Litalien, founder and principal of FranchiseWell, LLC, a Virginia-based franchise consulting firm.

He suggests sitting down with a personnel consultant.

“The Affordable Care Act continues to be a mystery as to how it’s going to impact small business owners,” Litalien says. “This thing is unfolding day by day—it’s not fully cooked.”

William Sentell, an attorney and franchise law expert at the law firm Pugh Accardo in New Orleans, believes common misconceptions held by lawmakers and regulators about the franchise business will continue to cost franchisees more. Plastic bag bans and calorie counts are just two examples illustrating how new rules don’t fully take into account how local employers will be impacted.

“It’s going to create new costs for franchisees who are not necessarily set up to absorb these costs,” he says. “They are being singled out under the perception that they have deeper pockets.” It’s a battle franchisees continue to wage through better outreach communication with entities that make and enforce the rules of restaurant ownership.