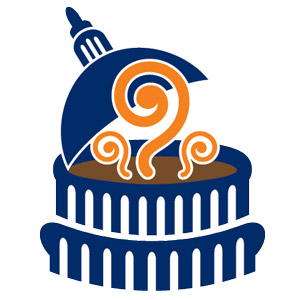 Dunkin’ Donuts franchise owners looking for some basic protections for their businesses may soon have legislation to rally around in a number of states across the country.

Lawmakers in Pennsylvania and California, among other states, are poised to take up the fair-franchising cause as spring legislative seasons kick into gear.

While the bills vary in their provisions, a central theme is emerging: to protect franchisees from having their businesses arbitrarily terminated by their franchisors.

Certainly Dunkin’ franchisees could use the break.

The cost of doing business for quick service restaurants is on the rise in many parts of the country as we head into 2015. A growing number of franchise owners are now on the hook for health care costs related to the Affordable Care Act (ACA). Meanwhile, the minimum wage will rise in more than two dozen states this year, as well as several major cities, while sick leave mandates shape up as the next hot issue for activists.

If that weren’t enough, franchise owners face new labor challenges as a result of two recent and highly controversial decisions by federal regulators which further open the door to unionization of quick service restaurant (QSR) workers.

“The minimum wage issues are a reality and they are not all of a sudden going to be popped back down to zero,” says John Gordon the principal of Pacific Management Consulting Group and DDIFO’s restaurant analyst. “There is a lot of waste in the marketing channels that franchisors build in, waste in terms of over-penetration of restaurants.”

“Those cost pressures are not going to go away,” he says.

Pennsylvania is one of the first states off the blocks with a fair franchising proposal as the new legislative year kicks off in state capitols across the country.

Rep. Peter Daley, the leading Democrat on the House’s consumer affairs committee, is preparing to refile a fair franchising bill, but with some amendments aimed at giving it more teeth.

The amendments would make franchisors liable to criminal prosecution for fraudulent misrepresentation if they misrepresent the facts to a potential buyer about a franchise’s profit and revenue potential, Daley says.

A champion of fair franchising reform in the Keystone State, Daley is drawing upon his experience as a Quiznos franchise owner at a time when the chain dotted the country with 5,000 sub shops, far more than the market could bear.

The bill would also protect franchise owners from arbitrary terminations, requiring franchisors to show good cause and spelling out a number of steps required beforehand.

Franchise owners would also be given a free hand when buying equipment, supplies or other services, barring franchisors from dictating their vendors.

And Daley’s bill would also make it difficult for franchisors to open up competing restaurant locations in a franchise owner’s territory.

Daley now faces the challenge of working with the Republican majority in the Pennsylvania house. But, he says he has built strong relationships across the aisle that will help push his proposal forward.

“I will get this legislation passed in the House,” Daley says. “It is going be my top priority.”

All eyes are also on California, where a fair franchising bill passed the Legislature only to get vetoed at the 11th hour by Governor Jerry Brown.

Still, in his veto message, Brown did not completely close the door on future fair franchising legislation; supporters are likely to refile a bill in the new session this year.

“We have learned our lesson and will determine the best way forward,” says Gordon, who was involved in the California campaign.

The Affordable Care Act’s controversial employer mandate kicked in with the start of the New Year. Franchise owners and other businesses with at least 100 employees are now required to provide coverage to most of their workers – 70 percent – or face penalties of $2,000 per worker. Next year the number requiring coverage rises to 95 percent.

In 2017, the threshold for the mandate drops again, catching franchises and small businesses with at least 50 employees in the ACA net.

One of the main flashpoints now is the number of hours at which an employee is considered full-time and eligible for health benefits. The ACA puts the threshold at 30, a number that the Republican-controlled Congress is now pushing to peg at 40—which represents the more traditional American work week. The change, GOP leaders say, will relieve some of the burden on small businesses.

The House has voted 252-172 to pass an amendment raising the threshold to 40 hours, despite a veto threat by President Obama, and efforts are underway to secure support in the Senate.

The CFA is now focusing its efforts on the Senate’s labor committee in hopes of moving it forward, according to Misty Chally, executive director of the Coalition of Franchisee Associations.

“We are trying to gin up some more Democratic support,” she says.

Meanwhile, franchise owners are scrambling to cope with the new rules to keep down their health costs.

“I think some employers are trying to juggle that by having more part-time hours or part-time workers,” says Mary Chapman, senior director of product innovation at the restaurant consulting firm Technomic.

But such cost cutting moves are not without risk, especially if more able employees jump ship for competitors willing to offer benefits, she says. “It’s a risk an employer takes by pushing more people to part-time.”

For small business owners, it’s not just health care costs that threaten already thin margins, wages are pressuring them as well. January 1, 2015 ushered in one of the biggest wage hikes in U.S. history with the minimum wage going up in 20 different states, including Oregon, Washington, New York, Colorado, Ohio and Florida.

For franchisees, the increasingly complex web of wage rules has tipped the competitive playing field in some markets, with franchise owners required to shell out significantly higher pay than competitors just across municipal or state lines.

That’s the situation in Chicago, which recently passed a higher minimum wage than the rest of the state, according to Chapman.

“A business owner is not only competing with those that have a higher wage. If they have one store inside the city limits and one store outside, it can potentially be a morale issue,” she says.

The National Labor Relations Board, in a new ruling poised to take effect mid-April, has offered a major boost to labor activists seeking to unionize workers at quick service chains. The regulator’s decision gives franchise owners and other employers just eight days to respond to a filing with the NLRB by workers seeking to form a union local, according to Chally.

It means, organizers can now form a new union chapter at a franchise within a matter of weeks. And, complaints related to the election, unless they deal with procedural issues, won’t be considered until after an election is held.

“It’s going to be a huge issue for employers who are not even aware it was finalized,” Chally says.

Another big concern is the NLRB’s ruling last year that McDonald’s could be considered a joint employer with its franchise owners when it comes to legal complaints over working conditions.

The ruling both undercuts the traditional autonomy of franchise owners while further opening the door to union organizers, industry observers say.

“If they think McDonald’s is a joint employer there is no reason why they wouldn’t say Dunkin’ isn’t and Burger King and all the others,” Chally says. “It’s a direct attack on franchising.” (You can read more about the NLRB McDonald’s decision in this month’s Legal Column)

State legislatures typically come alive in the spring, and this year will be no exception.

In addition to legislative debates on fair franchising proposals expected in Pennsylvania and California in the coming months, Gordon says, “We hope to have other states in play this year.”

And, there is also the possibility that a national fair franchising bill may be introduced in Congress this spring.

But, industry observers expect activists, coming on the heels of their success fighting for minimum wage hikes, to put their muscle behind more robust sick leave proposals. In 2014, Massachusetts voters passed a sick leave law, following in the footsteps of California, New York and Connecticut.

Now, Maryland is considering following suit, with the nearby city of Philadelphia moving ahead as well. Bills are also pending in Vermont and New Mexico.

Last but not least, the impact of new labor rules will also become more apparent this spring.

DDIFO is keeping an eye on what all the legislators, regulators and activists are up to, so you can focus on your primary job: running your business.