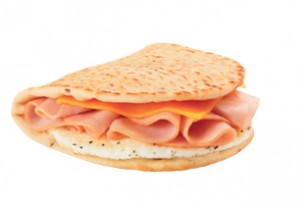 Brace yourself: An avalanche of minimum wage hikes, mandated sick leave laws and new menu labeling requirements is headed your way with the arrival of winter.

Republicans may have taken control of Congress during the watershed November elections, but activists scored their victories in states and cities across the country, as well—especially in the area of labor costs.

Employees at quick service restaurants staged walkouts and protests around the country, grabbing headlines and scoring political will with lawmakers interested in raising minimum wages. Now, as a result, franchisees at Dunkin’ Donuts and other quick service restaurants will pay more for labor, even as prices for food, goods and services are rising—along with fees and taxes and healthcare.

And, this may be just the tip of the iceberg, if other states and municipalities follow suit and raise their minimum wages, observers say.

Meanwhile, federal regulators finally rolled out long-anticipated rules that will require calorie counts on menu items at many restaurants across the country, heaping another expense on the plates of franchise owners.

And even as they prepare to digest that new calorie counting requirement, franchise owners could be faced with swallowing the bitter pill of GMO labeling as that effort begins to gain ground on the state and local level as well.

“It’s a very dangerous trend,” says Jason Stverak, president of the Franklin Center for Government & Public Integrity in Alexandria Va., who grew up in a small business family in South Dakota. “You have people who are advocating for the minimum wage say it’s just a couple bucks here and there. For most small businesses in the country, they run on razor-thin margins.”

Minimum wage is all the rage

Traditionally more liberal states like Massachusetts and California have been the hotbeds of minimum wage activity, but that may be changing, with the effort now spreading to the nation’s heartland states as well.

Four states voted to boost their minimum wage on Nov. 4, while a fifth, Illinois, passed an advisory recommending a $10 an hour minimum.

In California, San Francisco voters approved a jump to $15 an hour by 2018, while Oakland boosted the minimum to $10.25 an hour. San Diego, San Jose, Richmond and Berkeley also voted for a higher minimum.

Outside the Golden State, voters in Las Cruces, N.M., also jumped on the minimum wage bandwagon, while several cities and towns in Wisconsin, including Milwaukee, passed advisory questions recommending $10.10 an hour.

“The problem for business owners is that the cost of labor will increase, but the quality of labor will remain low, thus the only outlet will be rising consumer pricing,” contends Ben Litalien, founder and principal of FranchiseWell LLV, a consulting firm.

The impact of wage hikes goes far beyond those franchises paying the bare minimum, though.

A higher minimum will force wages up across the board in the quick service industry, forcing those franchises that already pay a bit more than the minimum to up the ante as well in order to attract the right employees, notes Mary Chapman, senior director, product innovation, at restaurant consulting firm Technomic.

“The people who are the next level above them, the more the skilled people, will demand that their rate be a little higher, and it will index,” she says.

And the impact can spread beyond the city or state to surrounding communities and states as franchises in those jurisdictions face greater competition for labor.

And customers, at least initially, do not appear all that sympathetic to the impact on small business owners. Surveys show wide support for minimum wage increases among restaurant customers, Chapman says.

“We did a consumer survey earlier in the year and found that 83 percent of restaurant goers support increasing the minimum wage,” she says. “It’s an uphill battle.”

Along with higher wages, a growing number of franchise owners will also have to budget for employee sick days as well.

On Election Day, Massachusetts became the third state to mandate sick leave for workers, joining Connecticut and California. Several cities, including New York City, Trenton, NJ and Oakland have also instituted sick leave measures. The Oakland measure calls for businesses to pay for five sick days a year for each employee—two more than the rest of California.

If that weren’t enough, the U.S. Food and Drug Administration, after years of hemming and hawing, recently unveiled its final regulations requiring calorie labeling on menus at restaurants across the country.

The quick service sector is right in the bulls-eye of the new rules, which cover all restaurant chains with 20 or more locations under the same name. The calorie counts are one of the many mandates tucked into the Affordable Care Act, better known as Obamacare.

Franchise owners will bear the cost of posting calorie counts on menu boards and drive-through displays alike. The calorie counts can’t be posted in small print either, with the FDA rules requiring the counts to be displayed generally in the same type face and color as the menu item or price.

On top of that, all menu boards and menus will also have to carry the following statement: “2,000 calories a day is used for general nutrition advice, but calorie needs vary.”

The new rules are slated to kick in next November and, while they faced tough criticism that the regulations would add another compliance cost for small business owners, the National Restaurant Association supported the rules change because they would create a uniform national standard instead of the current patchwork of state and local regulations.

Studies show posting calorie information has little effect on consumer’s eating habits. A review by the National Institutes of Health found, “overall the best designed studies (real world studies, with a comparison group) show that calorie labels do not have the desired effect in reducing total calories.”

Brands believe creating healthier choices, like the DD Smart menu, help consumers reduce their caloric intake. Not long after New York City required McDonald’s to post calorie counts in 2012, the chain rolled out a cheddar burger with grilled onions last year that had only 310 calories, a 44 percent drop from a similar version the year before, a survey by the New York City Department of Health found.

On the heels of menu labeling, consumers interested in transparency in their food choices are pressing federal and state lawmakers to mandate disclosure of genetically modified organisms (GMO) in a range of foods. According to Chapman, the restaurant consultant at Technomic, GMO labeling could create even greater headaches for restaurant operators because there is little public understanding of what GMOs are – or their positive benefits – but the use of the term is likely to create images of “frankenfoods” in the mind of some consumers.

So far, attempts to impose GMO labeling in Washington, California, Oregon and Colorado have been defeated at the
polls. Vermont lawmakers passed GMO labeling, but the state now faces a lawsuit from the Grocery Manufacturers Association.

“Because consumers are increasingly interested in transparency, it will continue to play out,” she says.

Looking into 2015, franchise owners will face continued fallout from the Affordable Care Act.

Businesses with more than 100 employees are now required to provide health insurance – starting in 2016, that bar will drop to 50 employees.

There will also surely be more minimum wage, sick leave and GMO labeling proposals as well as we head into the spring, the time of year that state lawmakers around the country come out of their winter slumbers and kick into high gear.

Stay tuned – we’ll keep an eye out for you.