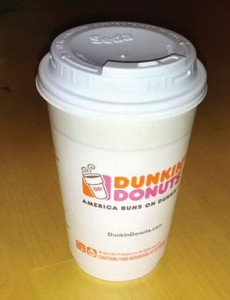 With midterm elections coming up in November, a lot of attention will be focused on small business owners. Lawmakers – and candidates – are interested in knowing how tax policies, regulation and confusion in the marketplace impact your bottom line. We know you’re interested too, that’s why we round up what’s brewing across the nation. Take a look.

Minimum wage is all the rage

“Anytime you raise the price of something, people buy less of it. That’s true of watermelons and it’s true of workers. Raising the minimum wage typically lowers hiring,” according to Steven C. Michael, professor of Business Administration at the University of Illinois.

Maryland might follow Massachusetts’ lead if Governor Martin O’Malley has his way. O’Malley, who is leaving the state house after 8 years but has not publicly announced his future intentions, is expected to run for President in 2016 and may want a state minimum wage increase on his resume, according to the Baltimore Business Journal.

The federal government is also examining the minimum wage paid to workers who receive tips. Since 1991, the hourly tipped minimum wage has stood at $2.13. President Barack Obama has called for increasing that wage which affects 2.3 million waiters, bartenders, hotel employees and parking valets.

“While these increases can often be observed as a benefit to the low-wage worker, by making the entry level more costly for small business owners, it puts off that first raise for the new hire a little bit longer, and that’s an important rung to climb on the ladder of opportunity for people joining the workforce,” says Michael.

The Food and Drug Administration (FDA) has extended its 60-day comment period for gathering information on trans-fats in order to determine whether or not to institute a national ban on trans-fats in food. Last November, the FDA published a Federal Register notice stating that partially hydrogenated oils should no longer be considered safe for use in food and should be removed from its list of ingredients that are “generally recognized as safe.” If finalized, the regulation will ban trans-fats from all foods. The extended period expires on March 8, 2014. About a dozen localities and the state of California have passed a ban on artificial trans-fat in restaurants.

Albany County Executive Daniel McCoy signed a Styrofoam ban, to take effect in New York’s capitol city in June. The ban only applies to food establishments with at least 15 locations nationwide and bans polystyrene foam food containers from being used in chain food establishments. Businesses using disposable food service ware must use a “suitable, alternative product” that is compostable or biodegradable. Escalating penalties for each offense will take place, starting at a maximum fine of $250 for the first offense and increase to a $1,000 maximum fine for the third and any following offenses.

An ordinance setting up the likely ban of polystyrene foam was passed last December by the New York City Council. The bill allows lawmakers to ban Styrofoam if New York City’s Sanitation Department discovers after a year-long study that polystyrene can’t be recycled effectively.

“Reducing the solid waste stream of any community is desirable, of course. But I wonder if this was done after careful consideration of costs and benefits, and if removing cups and carryout boxes is going to make a big enough impact to warrant the change and trouble this will cause,” states Michael. “Certainly there seems to be no consideration of the customer’s preference, or the cost and inconvenience this imposes on small business owners.”

Legislators have filed fair franchising legislation in several states including California, New Hampshire, Maine, Massachusetts and Pennsylvania with the goal of leveling the playing field for all systems—ensuring franchisors don’t have unfair advantages over their franchisees.

“The entire notion of the fair franchising movement as it moves across the country stems from a number of years of imbalance in the franchisor-franchisee relationship. Franchising, although it’s been around for quite a while, is still a relatively young industry, and when you see a young industry begin to grow and start to spread, inevitably there are imbalances and inequities that cause harm to one side or the other, in this case the individual franchisees,” says DDIFO Executive Director Ed Shanahan.

While fair franchising supporters re-tool their strategy for introducing a new bill, many states are currently holding hearings. Pennsylvania’s House Consumer Affairs Committee has listened to testimony. In Maine, the Small Business Investment Protection Act was heard by committee and sent for further study. Notwithstanding that vote, Maine’s legislative rules require the bill to be reported to the floor of the House where it, and the Committee’s recommendations, will be subject to open floor debate. Consequently, a bill regarding increasing franchisee rights will be debated in the Maine House of Representatives soon. By press time, we did not have a date for the debate.

In New Hampshire, fair franchising legislation was also the subject of a committee hearing this month. The House Committee on Commerce and Consumer Affairs heard the bill on February 4, 2014 and referred it immediately to a sub-committee to refine the bill and report its recommendations back to the full committee. The sub-committee scheduled its first working session for February 14 and invited DDIFO to participate in those deliberations.

“DDIFO certainly understands that there is a real fear of retribution from the franchisor and that fear can keep our franchisees quiet. However, we can help alleviate that fear or better yet protect against the reasons of that fear by having a stronger and more effective independent franchisee organization with the help of franchisees. We need their input, their testimony and courage to stand up, and indeed be counted and let their story be known,” says Shanahan.

“The overwhelming majority of the fair franchising filing that has occurred in different states has come from franchisees recognizing that they have been on the short end of the stick for years and they are trying to exercise their prerogative to do something about that. It hasn’t been an organized effort to see those initiatives filed rather it’s been a case where legislation has been filed and people have reached out to DDIFO to see how they can and should refine it or get some help to get it passed,” states Shanahan.

New York Governor Andrew Cuomo has announced he will support a $1 billion business tax cut across New York State, by reducing the corporate income tax rate from 7.1 to 6.5 percent, and eliminating the tax completely for upstate New York manufacturers. The Tax Relief Commission finalized and submitted the recommendations to the governor last December.

At the same time, the New York State Senate Majority Coalition has identified over 2,000 different regulations that it says are putting New York businesses at a competitive disadvantage.

(You can read how low taxation policies are defining the economic outlook for different U.S. states on page 16.)

“Why should a Jewel grocery store get away with a low tax item yet a Dunkin’ Donuts can’t? This puts Dunkin’ at a clear disadvantage,” says Amjad Kadwani, a CPA who works with several Chicago franchisees.

According to Vishal Shah, who owns several Dunkin’ Donuts in the Chicagoland area, “Laws in Illinois are so vague and it’s difficult to understand what is considered a low tax item. So we’re forced to collect and pay the higher tax in order to stay in line with the tax laws.”

When Independent Joe looked into the statue that outlines low versus high rate items, we, like Shah, became concerned. With the help of DDIFO General Counsel Carl B. Lisa, we discovered that all coffee prepared by a retailer for individual consumption and sold through the drive-thru or in the store should be taxed at the higher rate. Bulk coffee is taxed at the low rate. However, the rule on donuts isn’t as clear. The law states that food prepared for immediate consumption is taxed at the high rate while food prepared for consumption off the premises is taxed
at the low rate.

“This is where the biggest clarification is needed. The law states that if the retailer selling the food provides premises for consumption of the food, (like most Dunkin’ Donuts do) all sales of food should be taxed at the high rate, unless the franchisee can prove that the area for on-premises consumption is physically separated or otherwise distinguishable from the area where food not for immediate consumption is sold,” says Lisa.

“One question for the Illinois Department of Revenue is what does physical separation mean? Does it mean a separate room? A separate counter? If you don’t have the answer to that then you can’t move on to the next criteria for rebuttable, which says you have to have a way to record and account for collection of receipts from sales of both high and low rate foods,” adds Lisa.

Both Kadwani and Lisa suggest that the best way to protect franchisees is for DDIFO to request a letter with legal ruling from the Illinois Department of Revenue stating specifics about when donuts should be taxed at which rate. “This will give them something to fall back on if they’re ever audited,” says Kadwani. DDIFO agrees, and plans to seek help from legal counsel in Illinois to pursue the matter further.