There is never a dull moment these days in the quick service restaurant industry, which has become a target of everyone from labor unions to the self-appointed food and diet police.

The latest crusade by activists promises to be a doozy, with New York City having just rolled out a new labeling system forcing restaurants to post a salt shaker on menu items deemed to have an overabundance of sodium. Will we soon see sodium labeling protests pop up in cities across the country? It depends, but it is certainly a possibility.

Federal labor regulators have also been busy this fall, with a new proposal that could make managers eligible for overtime. That could push up payroll costs and force franchise owners to make some tough choices on how they pay their top employees.

And of course, the debate over the minimum wage continues to rage, playing itself out one city, one state at a time and with legislators in some cases singling out the quick service industry for mandated pay hikes.

“It is a material item that will impact everybody,” notes to DDIFO Restaurant Analyst John A. Gordon, the founder and principal of Pacific Management Consulting Group, of the new overtime rules. 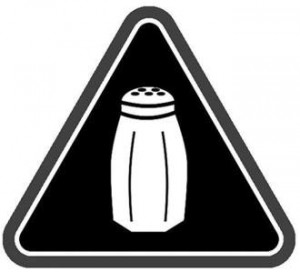 On Dec, 2, the new sodium labeling rule took effect in New York City for restaurant chains with 15 or more locations in the city. If an item on the menu has more than 2,300 milligrams of salt, restaurants are required to post the symbol of a salt shaker inside a triangle.

The move has raised the hackles of the National Restaurant Association, which has filed suit against the source of the controversial new rule, the NYC Board of Health. It’s not the first time the NRA has clashed with New York health officials. The association took the health board to court in 2014 and overturned a ban on the serving of sugary drinks larger than 16 ounces in restaurants, better known as the “soda ban.” The restaurant association argued the ban held eateries to a different and unfair standard compared to convenience stores and supermarkets.

“Once again, the board has acted without any legislative guidance and improperly sidestepped the people’s representatives on the City Council,” Angelo Amador, the Association’s regulatory counsel, said in a press release. “Its actions, as with the beverage ban before it, are arbitrary in their scope, reach and application.”

The NRA contends New York is undermining new calorie labeling rules ordered up by the federal government as part of Obamacare, which is set to finally take effect next year.

One of the big concerns of the restaurant association is that New York’s action could result in a crazy quilt of different labeling requirements being stitched across the country, with every city, town and suburb deciding what disclosures should be put on local menus.

“The Board of Health is using exclusions and loopholes to undo that uniformity on a local level and has acted outside of its scope,” Joan McGlockton, the NRA’s vice president of food policy and industry relations, said in a statement.

Whether sodium labeling makes the jump beyond New York City remains to be seen, with the NRA’s legal challenge obviously a key factor. The NRA is pushing for a ruling before Feb. 1, when New York will start levying $200 fines against chain restaurants that refuse to label the saltier items on their menu.

Gordon says he’s unsure whether the sodium disclosure is simply a New York thing or might have the potential to become a national trend. But with new calorie labeling rules still pending, it would seem to be putting the cart before the horse, he says.

The Obamacare requirements for calorie labeling are set to finally take effect in December, 2016.

“Frankly, we haven’t fully implemented menu labeling yet – the country has to get through that,” says Gordon.

Managers to get overtime pay

Managers have long been exempt from getting overtime pay – that’s typically reserved for hourly workers.

But the U.S. Department of Labor is now hammering out rules, set to go into effect next summer, which would turn that time-honored rule on its head.

The proposal would eliminate the current “duties test” that helps determine whether an employee is a manager, supervisor or simply a glorified line worker. Instead, under the new rules, the dividing line between an employee who has to be paid overtime and a manager who doesn’t will be determined by weekly and annual pay. Employees making under $970 a week – or $50,440 a year – would get overtime, while those making above that mark would be exempt.

Bottom line: the proposal nearly doubles the current limit of $23,660 that’s been used to determine eligibility. The new overtime rules, which had been expected to take effect this year, are now likely to go live next summer or fall.

“Employers are well advised to immediately assess the potential impact on their annual budgeting processes and evaluate how to best align their workforces to comply with the regulation,” DLA Piper attorneys Erik Wulff and Nicole Smith write in an advisory.

And franchise owners should also brace themselves for the possibility of even more litigation on the labor front, with
the likelihood of additional federal and state investigations as well, according to DLA Piper.

However, the last thing franchise owners need to do is panic. Gordon suggests thinking carefully before simply raising everyone’s pay level in order to prevent overtime. He says a careful cost benefit analysis is needed first.

“Just don’t automatically react – it might be OK to pay a few hours of overtime,” Gordon says. “People have been afraid of overtime for decades now. We need to be smarter about it.”

Just how far will the minimum wage campaign go?

It certainly appears tough right now for those opposing efforts to raise the minimum wage, with cities and states across the country ordering up higher wages and, in the case of New York State, specifically singling out the quick service restaurant industry.

Seattle’s minimum wage will jump 18 percent in January, to $13 an hour, a change that will cover most workers in the city’s quick-service restaurant industry.

The latest is a proposal in Delaware that would boost the minimum wage in that state to $16 an hour by 2023.

California remains the leading hotbed, though, with the state home to 15 of the 30 cities across the country that has voted to boost the minimum, according to the UC Berkeley Labor Center.

For his part, Nigel Travis, chief executive of Dunkin’ Brands, has offered mixed signals on the issue. In an interview with FOX Business Network’s Stuart Varney, Travis said he would prefer to see the debate kept at the state level rather than elevated to a federal issue.

“We fully support a state-by-state basis because every state has different economics, but we remain very focused on improving our franchisees’ economics,” Travis told the Fox Business radio host.

As far as the minimum wage itself goes, Travis said, “We fully support and encourage discussions about the minimum wage, particularly in periods of high employment as we have now.”

One thing is clear: 2016 is sure to bring new challenges for Dunkin’ franchise owners across the country. Aside from the issues covered here, activists continue pushing everything from GMO labelling to Styrofoam bans to additional mandatory sodium labeling.

Gordon, DDIFO’s restaurant analyst, says in order to stay ahead of the cost curve, franchise owners need to begin planning for how to deal with the growing reality of higher labor costs. He dismisses predictions that franchise owners will be forced to make big job cuts, noting that turnover is high enough in the industry that laying off employees makes little sense.

Rather, franchise owners will have to look at being “more judicious” about doling out hours, steering them to their better employees.

“Restaurants have to be able to take the labor costs out of the structure,” Gordon says. “When labor gets more expensive, you can’t be inefficient with your labor practices.”