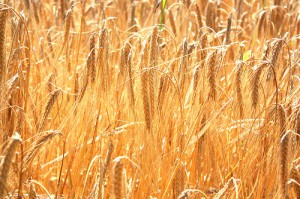 On the subject of commodities, Food Business News reports that wheat stockpiles were down 12% from September 2012 levels according to US Department of Agriculture’s Grain Stocks report.  At the same time, the USDA Small Grains 2013 Summary indicates that actual wheat production was up less than 1% in August, but down approximately 6% from its 2012 totals.
photo credit: kugel via photopin cc