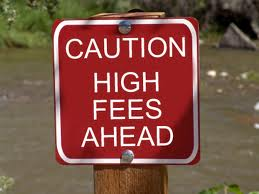 In 2010, franchisees won a long, hard-fought battle against the finance industry, as Congress passed a bill which would regulate the exorbitant debit card fees that were being set by credit card companies and banks.Today, it appears that the battle has just begun.

Some unintended consequences began to take shape in late June 2011, when the Federal Reserve (Fed) issued its final rule implementing the law. While its initial proposals suggested that fees between 7 and 12 cents seemed “reasonable and proportional” to the costs incurred, the Fed’s final rule concluded that all future swipe fees would be capped at 21 cents plus .05 percent of the transaction amount to account for fraud losses. This was below the past average debit fee of 44 cents per transaction. However, swipe reform supporters were disappointed at the significant concessions the Fed made to big banks and credit card companies, especially since 44 cents was only an average. They felt there were many other transactions, such as small ticket purchases, that fell well below the average rates.

While the 21-cent-cap decision was higher than expected, many agreed that overall swipe fees would decrease. What no one expected, however, was that the credit card and banking industries would find a way to generate MORE revenue–not less–from imposing swipe fees. Worse, the businesses in which franchisees sold lower-ticket items were the ones that were about to be hit the hardest.

How did MasterCard and Visa manage to profit from regulations intended to lower swipe fees? Prior to oversight by the Fed, the credit card giants were imposing differing fee schedules based on multiple factors like industry segment, size of the transaction and volume processed. As a result, fees on small-ticket transactions were 4 cents plus 1.55 percent. After the Federal Reserve issued the final rule, however, MasterCard and Visa set new rates that treated the 21-cent cap as a floor for debit card fees. That meant that almost ALL transactions, regardless of cost or size, would be subject to a 21-cent fee. Therefore, franchisees selling lower-ticket items would now be paying a much higher percentage of the cost to the credit card companies. The result: every transaction made below $15 on a non-exempt card now has a higher network-imposed interchange fee than it did prior to the law’s enactment. Further, interchange swipe fees on purchases under $2.50 have now tripled in price because of the decisions by participating networks to raise all rates to the cap.

How did this happen? According to the organization primarily responsible for advocating the law’s passage, the Merchants Payments Coalition (MPC), two parties are to blame for this result: the Fed and the credit card companies.

According to MPC, the Fed did not set a truly reasonable and proportional standard and therefore is now allowing banks to collect almost six times the transaction cost in debit swipe fee revenue. Also, because the Fed did not require merchant routing choices on every transaction (i.e., a signature or PIN number), they limited the competition between Visa, MasterCard and the other debit networks. As for the credit card companies, MPC points out that while the 21-cent rates are not required by law, Visa and MasterCard still raised the debit swipe fee to the 21-cent cap, which now serves as more of a floor in the eyes of the networks.

In late November 2011, retailers began fighting back. The National Retail Federation, the Food Marketing Institute, the National Association of Convenience Stores and other organizations filed a suit against the Fed for setting too high of a cap on interchange fees; buckling to pressure from the banking industry; and considering outside expenses, such as fraud, when determining swipe fees. The suit maintains that the Fed’s cap is an “unreasonable interpretation” that exceeds its authority under the law. In addition, the suit contends that the Fed wrongly interpreted another provision in the law—one that requires merchants have a choice of which network handles their transaction.

In the long term, hopefully the networks will begin to face some competitive pressures and swipe fees will decrease. Until that happens, however, franchisees need to write to their members of Congress and relay their personal stories of how the new swipe fee law is hurting–rather than helping–their business.