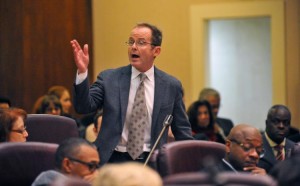 As we’ve advised over the past several weeks, the battles of minimum wage increases continue in Illinois with this week seeing a win and a loss for both sides in the highly charged debate.  As a backdrop, remember that the Illinois state ballot had a non-binding question on it asking whether voters wanted to see the state minimum wage increased.  That question passed with a 66% plurality.  Notwithstanding, the idea of increasing the $8.25 state minimum did not have sufficient support in the Illinois legislature to pass it, so the Illinois House adjourned this week without giving approval to any increases in minimum wages.  Determined not to let the state’s decision impact Chicago, Mayor Rahm Emmanuel, who has advocated for a $13 per hour minimum within the Windy City since early 2014, pushed the issue forward in the Chicago City Council.  On Tuesday of this week, by a vote of 44 – 5, the Chicago City Council approved the Mayor’s ordinance increasing the minimum wage within the City to $13/hour in phases by 2019.  Subsequently, the ordinance provides an annual increase at a minimum of 2.5% or the rate of inflation, whichever is greater.  Not going “quietly into that good night”, outgoing Governor Pat Quinn has encouraged the legislature to come back for a special session to pass a state-wide increase to $10/hour and to do so before his (anti-increase) successor is sworn in on January 14.